BEIJING — Beijing has published a slew of measures to tighten the control of personnel flow after new clusters of COVID-19 infections emerged, according to a press conference on June 18. 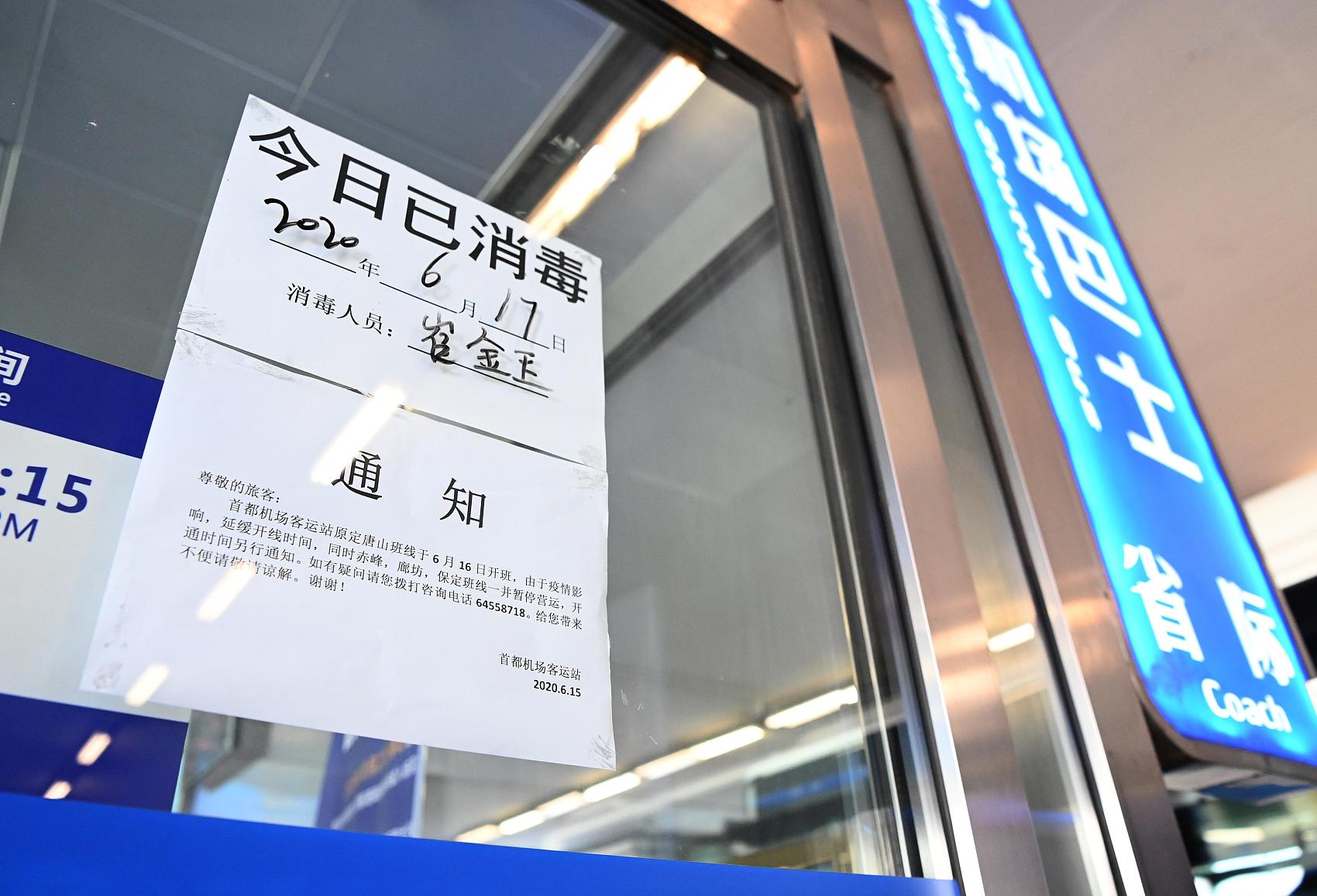 People belonging to three categories are not allowed to leave Beijing, according to Pan Xuhong, deputy head and spokesperson of the municipal public security bureau.

The first category includes confirmed COVID-19 patients, suspected cases, close contacts, asymptomatic carriers, and people with fever. The second covers those who have visited Xinfadi wholesale farm produce market or had close contact with relevant staff since May 30. The third includes people living in medium- and high-risk areas.

Most of the new confirmed cases in Beijing were related to the Xinfadi market in the city's Fengtai District.

Other personnel should avoid unessential travels outside Beijing, Pan said, adding that a negative nucleic acid test certificate issued within the past seven days is a must for those who really need to leave the city.

Civil aviation and railway departments have also imposed restrictions on the purchase of tickets for confirmed and suspected cases, close contacts, and asymptomatic carriers in Beijing, as well as those who have been to the Xinfadi market or had close contact with relevant staff since May 30.