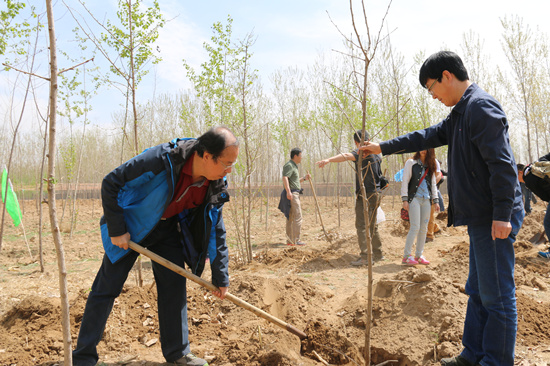 Beijing plans to add about 15,300 hectares of forest this year in the latest measure to improve the environment.

The efforts are part of a new round of an afforestation program aimed at adding 1 million mu (66,700 hectares) of forests, greenbelts and wetlands by 2022. A previous campaign from 2012 to 2015 raised the city's forest coverage rate to 41 percent from 37.6 percent.

The new round is expected to increase forest coverage to over 45 percent from the current 43 percent, said the Beijing Municipal Gardening and Greening Bureau Tuesday.

Apart from building small parks in downtown areas, Beijing will expand greenery near its new airport and venues for the 2022 Winter Olympics.

In recent years, authorities in Beijing have been paying more attention to the environment, with enormous efforts being made in greening and pollution reduction.