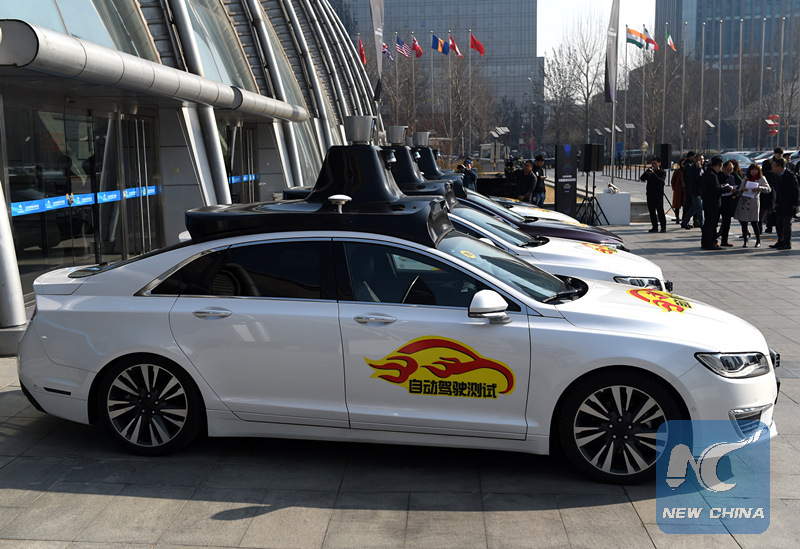 BEIJING, Dec. 3 (Xinhua) -- Beijing is expanding its lead in the development of China's self-driving technology with a plan to build a 200,000-square-meter testing ground for self-driving vehicles in its suburb, the Beijing Daily reported Monday.

The enclosed testing ground is expected to open by 2020 in Shunyi District, about 30 km northeast of downtown Beijing. It will require an investment of 480 million yuan (about 69.7 million U.S. dollars), said the paper.

Domestic auto manufacturers and internet companies will also build their research and development bases for new energy and intelligent vehicles in Shunyi, according to the plan.

Many cities in China, including Beijing, Shanghai, and Chongqing, have issued self-driving car licenses for public road testing this year.

Beijing has renovated and reopened 105 km of roads and highways this year mainly located in the suburbs, such as the economic development zone in Yizhuang, Shunyi District and Haidian District.