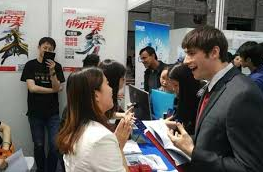 The Beijing government plans to ease visa policies and establish a special fund to attract outstanding overseas talent. Potential talent will be offered up to one million yuan ($158,300) in incentives once they've made great contributions in China, according to a document released by the Beijing government Wednesday.Apart from preferential funding policies, the municipal government also vowed to simplify the talents' visa policy, such as recommend them for multiple entry visas valid for five to ten years; provide top-tier international talent a maximum work permit, and provide them convenient services with green card applications, the document said.Moreover, the government will establish a special fund for headhunters, overseas offices of Chinese institutes and Chinese groups in other countries to help search for talent.  Big data and cloud computing will also be used.China needs overseas talent more than ever as the country enjoys a higher economic status and is much more globally competitive, and having more foreign talent can help China's development, Liang Haiming, chairman and chief economist of the China Silk Road iValley Research Institute, told the Global Times.He said that although more foreigners come to work in China, the country is still in need of foreign talent.Mark, an executive from a German company, said that policy affects his long-term plans in China. "Because we need to apply for work and residence permits every year, how would you be able to plan a future if you never know whether you still can stay here the following year?" He refused to give his full name.Liang urged the government to issue more convenient policies for these talent, such as offering them a special card that allows them to enter China without applying for a visa for at least five years.Aside from Beijing, other cities are also pushing forward policies to attract foreign talent.For example, Hengshui city in Hebei Province has promised to offer one million yuan per year to lure foreign talent, according to Hengshui Daily. East China's Anhui Province has attracted more than 20,000 foreign talent in the past five years, an increase of 50 percent compared with the last five years, chinanews.com reported.