CHINA Beijing to include illegal smoking into the citizen's credit record

Beijing to include illegal smoking into the citizen's credit record 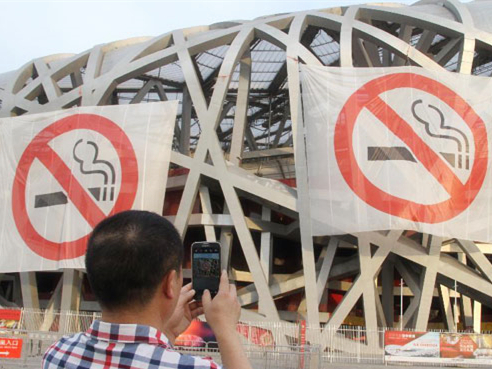 Health authorities in Beijing will include illegal smoking behavior into citizens' credit record as part of the city's smoke-free Beijing campaign, reports the Beijing Youth Daily.

In addition to publicly naming and shaming offenders, the Beijing Municipal Commission of Health and Family Planning will also share their record with the city's industry and commerce authorities, according to the report. Citizens in Beijing with a bad credit record may face difficulties in applying for commercial loans.

Beijing rolled out a blanket smoking ban on June 1, 2015 covering all indoor public places, workplaces and public transportation, the strictest of its kind in China.

A total of 2,265 cases of smoking in the prohibited public places were reported to the public WeChat account of Smoke-free Beijing between August and September this year, according to a report by the Beijing Tobacco Control Association.

The association also found an increasing number of complaints over the use of electronic cigarettes in public places.

In response, the Beijing Municipal Commission of Health and Family Planning has said that more studies will be carried out about the harm of smoking electronic cigarettes to provide a scientific basis to its control.