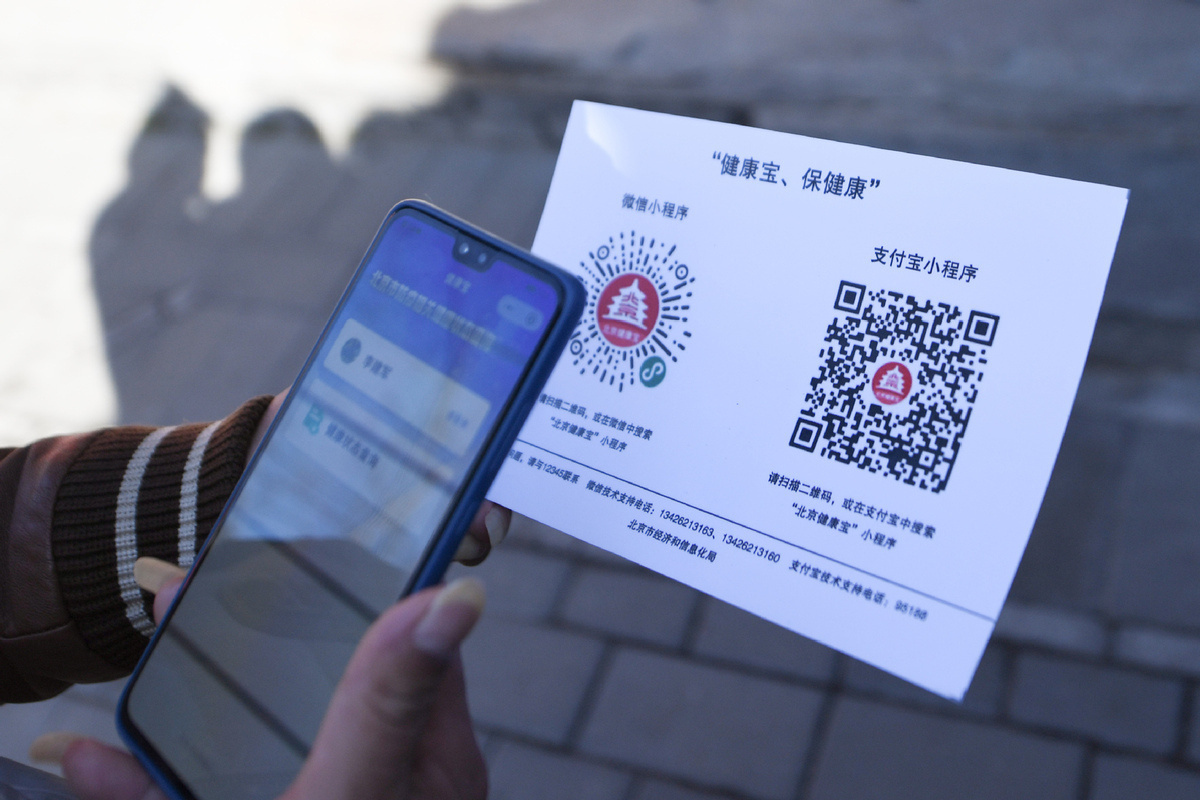 A resident scans a QR code of a mini-program to report health information in Beijing, March 10, 2020. (Photo: Xinhua)

Starting on Tuesday, Beijing will resume cross-city online car-hailing services, as well as taxi services, as the epidemic is under control in the city, a senior Beijing government official announced on Monday.

Xu Hejian, spokesman for the municipal government, said at a news conference that Beijing will not check nucleic acid test results for people who enter the city starting on Tuesday. The limits on the percentage of beds occupied in hospitals and medical institutions are lifted, while strict epidemic control measures will continued to be taken.

Li Yi, spokesman for the city's education commission, said college students who come back to Beijing for the new semester won't need to provide nucleic acid test results or undergo 14-day quarantines. He said the vaccinations for college teachers and students have been arranged.