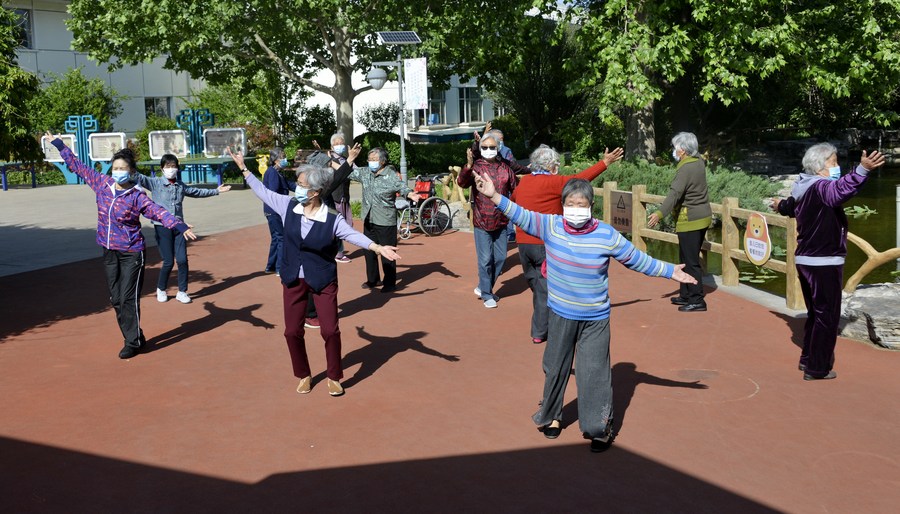 Photo: Elderly people dance at the Sijiqing nursing home in Haidian District of Beijing, capital of China, May 10, 2020. /Xinhua

BEIJING, July 19 (Xinhua) -- Beijing will lower its emergency response to COVID-19 from level II to III starting Monday, announced an official of the Beijing municipal government at a press conference Sunday.

The city has effectively contained the spread of the virus after taking the most decisive, resolute and strict measures to control the source of infections at the very beginning, obstruct infection channels and beef up the prevention and control network, said Chen Bei, deputy secretary-general of the Beijing municipal government.

From June 11 to July 19, Beijing reported 335 confirmed COVID-19 cases in relation to the Xinfadi wholesale market, the source of the epidemic flare-up in the capital city, she said.

The city has reported no newly confirmed cases of COVID-19 for 14 consecutive days by Sunday, Chen told reporters.