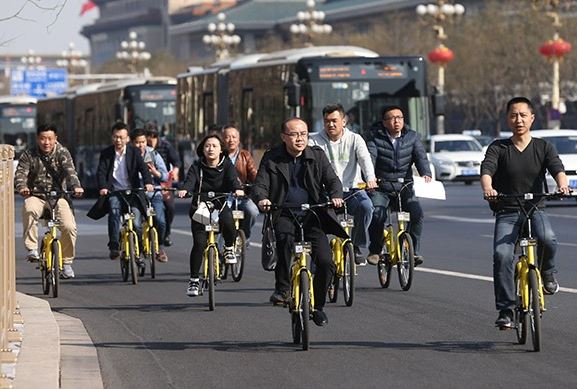 BEIJING, April 20 (Xinhua) -- The Chinese capital will open its first bicycle-only road at the end of May, according to the Beijing Municipal Commission of Transport.

The 6.5-kilometer-long road aims to ease choking traffic in the area between Huilongguan, a densely populated community, and Shangdi, where a large number of hi-tech companies are located, in northern Beijing. An average of 11,600 people commute to work daily in the area.

There are three lanes, including a reversible lane, on the 6-meter-wide road.

Conveyor belts for bicycles and other power assisting devices are installed at entrances and exits of the road.

Beijing has over 1.9 million shared bikes, and over 1,014 kilometers of lanes for cyclists and pedestrians. By 2020, the figure will reach 3,200 km, according to the commission.