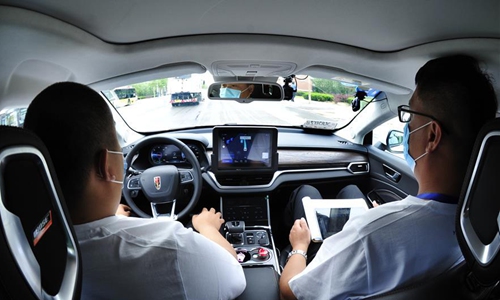 The government of Beijing on Monday said the city's competitive car plate lottery policy will be altered to benefit families that don't already have a car by providing 20,000 new-energy vehicle (NEV) plates in the second half of 2020 and introducing a new system to increase the acceptance rate for the households' applicants.

Experts said this first loosening policy since the plate lottery started in Beijing in 2011 will improve social justice regarding resource allocation as well as promoting consumption and stimulating the economy.

With more and more applicants in Beijing, the acceptance rate in the plate lottery has been increasingly low. Some households have more than one license plate while some have none. According to the result of the latest plate lottery released in late April, over 1.84 million people have tried their luck but only 6,366 were successful. Many joked that the rate is lower than the acceptance rate for Harvard University, which is about 4 percent.

The new policy stipulates that each person can keep only one car plate at most and the excess can be transferred to relatives. As for the new system, the officials from Beijing's transport authorities explained through an example: if a zero-car family of three enters the lottery, the acceptance rate is 54 times higher than that for an individual's first lottery.

The change will make the allocation of resources more scientific and enhance urban vitality, as well as promoting social justice and meeting the needs of young families in the city, Wang Limei, vice president of the China Road Transport Association, told the Global Times on Monday.

According to Wang, the new policy will be facilitated by the development and application of new technologies such as artificial intelligence and big data, which allow data sharing between the population and vehicle authorities as well as precisely detecting the "zero-car" families.

According to Wang, proposals have been made every year since the plate-lottery policy started in 2011. However, there are limitations regarding technology.

A Beijing-based member of the National Committee of the Chinese People's Political Consultative Conference (CPPCC) proposed during the "two sessions" this year that Beijing's zero-car families should be given a license plate when buying their first car and should not need to participate in the plate lottery.

In 2019, Beijing had 6.36 million motor vehicles in total, including 5.91 million civilian vehicles, 281,000 more than at the end of 2018, according to data from the statistics authority of Beijing.