Two locally transmitted COVID-19 cases were reported in Beijing on Friday, and almost 3,000 employees working in an office tower in Wangjing, in the city's Chaoyang district have tested negative. Health authorities in the district plan to continue testing residents who live in communities in Wangjing on Saturday and Sunday. 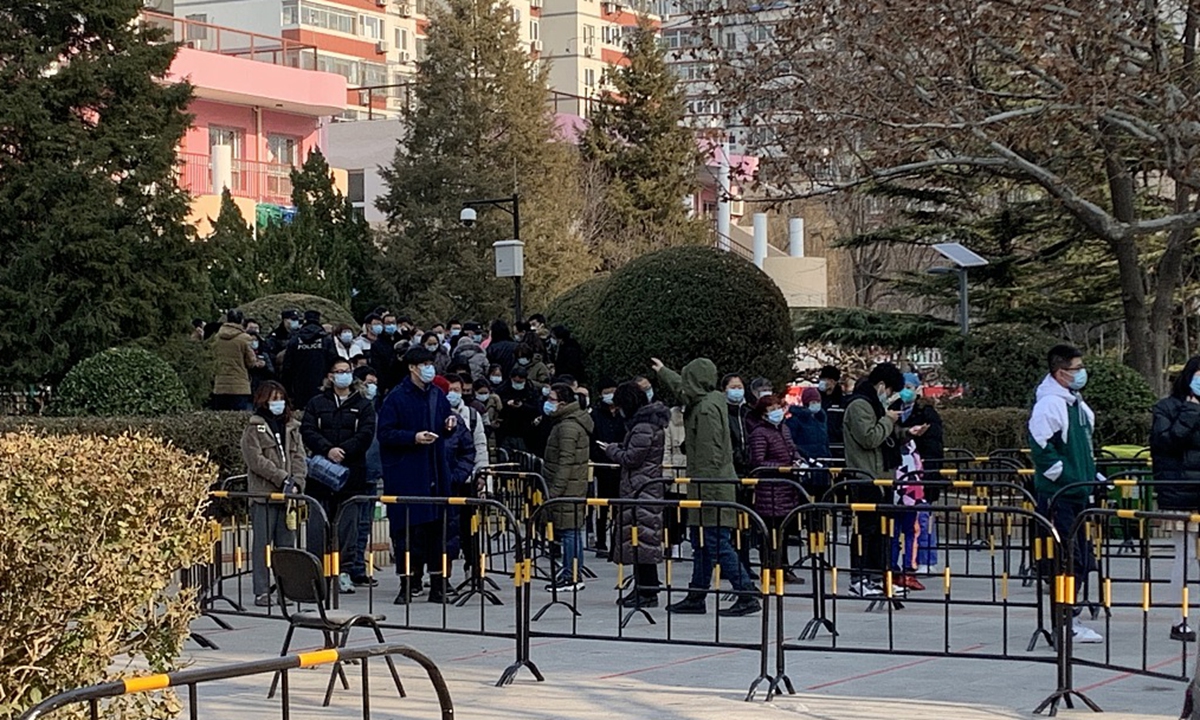 Residents who live on Donghu, Wangjing and Jichang streets were ordered to be tested for the coronavirus on Saturday and Sunday.

The two patients confirmed on Friday both live in Shunyi district.

One of the patients is a 29-year-old woman who works for Hewlett Packard (HP) in its office in Lixingxing Plaza, Wangjing. Chaoyang district authorities said Saturday that 2,975 employees who work in the plaza office building all tested negative for the virus.

Only one of the 280 tests of the building's environment produced a positive result: the HP employee's laptop.

Offices and the public space throughout the plaza have been disinfected.

An employee working in the plaza told the media that mass coronavirus testing of employees in two buildings was completed around 8:30 Friday evening. Once employees were tested, they were not allowed to return to the building.

An investigation into the infection source of the two new cases is underway.

Beijing authorities advised government employees and personnel working for state-owned companies in the capital should take the lead and remain in Beijing during the upcoming holidays.

Beijing authorities have cancelled New Year and Spring Festival related gathering events and sporting events and encouraged companies and schools to stagger their holiday plans. It has also called on residents to stay in Beijing during the holiday period and advised Beijing-based companies to suspend outbound business travel for employees, Chen Bei, deputy secretary-general of the Beijing municipal government, said at a Friday media briefing.