Beijing to tighten rules against uncivilized behaviors amid COVID-19 epidemic 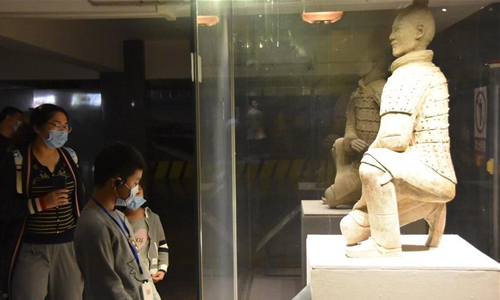 Wearing a mask when having a flu, covering the mouth and nose when coughing or sneezing and eating from separate dishes in public places… The city of Beijing is mulling regulations to impose restraints on uncivilized behaviors. Those who fail to adhere to the rules will be punished, a move made from the experience of fighting against the COVID-19 outbreak to better safeguard residents' health.

The draft of the regulations to promote civilized behaviors among the public was submitted to the Standing Committee of the Beijing Municipal People's Congress for a second deliberation on Thursday, the Beijing Daily reported.

Sun Li, a deputy chairman of the legislative affairs committee of the Beijing Municipal People's Congress, said the draft of the regulations should be updated in accordance with the experiences gained from epidemic prevention and control efforts.

The draft requested residents to cover their mouth and nose when coughing or sneezing in public places and wear a mask when suffering from influenza and other infectious respiratory diseases, while patients with infectious diseases must honestly report their conditions, take the required tests and undergo quarantine and other medical measures.

According to the draft, residents are encouraged to order appropriate amounts of food, use serving chopsticks and spoons to share the dishes and eat them from separate plates.

Acts such as abuse and consumption of wildlife, illegal trading of wildlife  products are banned.

Those who throw objects from high-rise buildings, drive cars on the wrong side of the road, occupy roads and carry out other uncivilized acts and refuse to correct themselves after education will be severely punished.

In addition, express delivery and takeaway companies can be fined up to 50,000 yuan ($7,036) and get marked on their public credit reports if their personnel run red lights or drive on the wrong side of the road while making deliveries and if the company refuses to correct it.

Previously, the first draft said the related authorities can publish offenders who refuse to cooperate with law enforcement. However, the second draft deleted that regulation to avoid violation of privacy and personal dignity.