Beijing and Tokyo have agreed to expand cooperation in coping with aging societies and other issues as they seek to foster new areas of bilateral economic and trade cooperation. 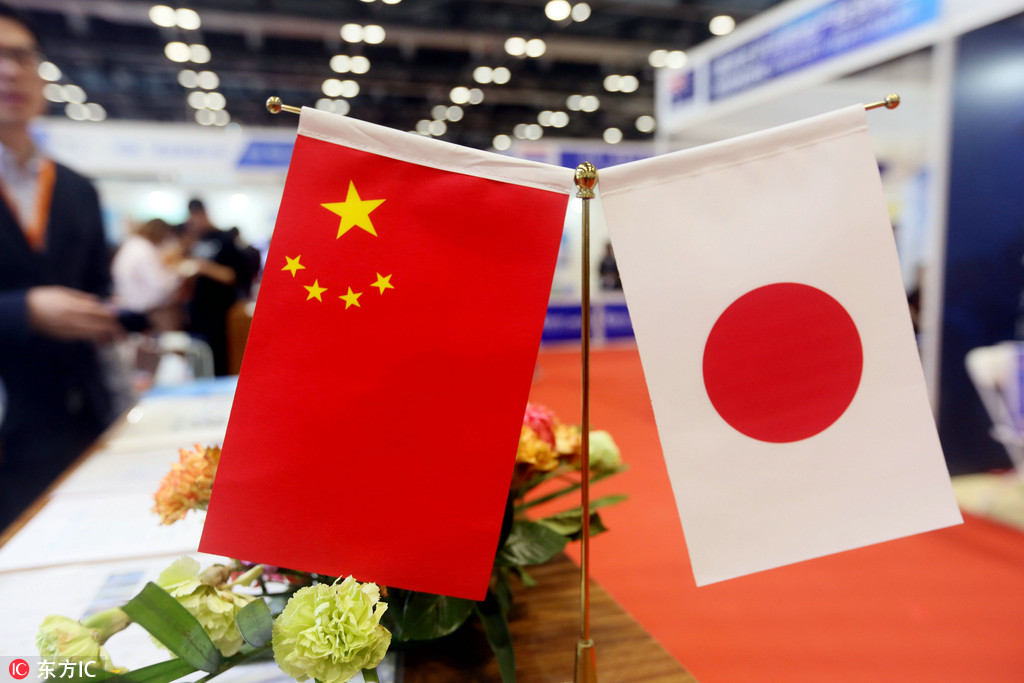 The consensus was made between Premier Li Keqiang and his Japanese counterpart, Shinzo Abe, on Wednesday. The two leaders had talks in a hotel at the foot of Mount Qingcheng, a Taoist holy site and a UNESCO World Heritage Site, about one-hour drive from Chengdu, capital of Sichuan province.

The two leaders, together with Republic of Korea President Moon Jae-in, convened in the city for the eighth China-Japan-ROK leaders' meeting on Tuesday.

Li said China's ongoing efforts to further open up its services sector will provide more opportunities for both countries to expand win-win cooperation. There is broad space for greater bilateral cooperation in coping with aging societies and achieving mutual benefits, he said.

Both countries also face challenges of rapidly aging societies. New births in Japan have fallen below 900,000 per year for the first time on record, while births in China dropped for two consecutive years despite a universal two-child policy being adopted.

He highlighted the modern services — including securities, life insurance and healthcare — as sectors where the two countries can work together further.

"We can select some pilot areas where there will be greater opening-up so as to foster new highlights for bilateral cooperation. Chengdu could be a good option," Li said.

Abe echoed Li's proposal, saying that there is broad space for bilateral economic and trade cooperation.

He said Japan appreciates China's efforts to further open up its services sector, and it is willing to actively take part in the process.

During the meeting, Li also called upon both sides to stay committed to the principles set out in four political documents that are fundamental to Sino-Japanese relations, carefully handle sensitive issues and enable continuous new progress.

After the meeting, Li accompanied Abe on a visit to the Dujiang­yan irrigation system, another UNESCO World Heritage Site.

Bilateral trade between China and Japan reached more than $327 billion in 2018, up 8.1 percent over the previous year. Since 2007, China has been Japan's largest trade partner.

Relations between China and Japan were long clouded by issues including wartime history and territorial disputes. But they have come back on track since Li's visit to Japan in May 2018. Five months later, Abe visited Beijing.

When President Xi Jinping and Abe met in June on the sidelines of the G20 summit in Osaka, Xi agreed in principle to accept Abe's invitation to make a state visit to Japan next spring.

Ahead of his trip to Chengdu, Abe met Xi in Beijing on Monday.

"Both economies now face downward pressure and require vitality from outside to shore up growth," Zhou said, adding that closer bilateral trade relations and investment cooperation will offer the two countries more leeway amid the sluggish global economy.

Xu Liping, a researcher at the National Institute of International Strategy at the Chinese Academy of Social Sciences, said greater political mutual trust is needed for the two countries to elevate bilateral relations.

"It is important for the two countries to see each other as cooperative partners rather than opponents," he said, adding that more must be done to promote understanding between the two peoples.