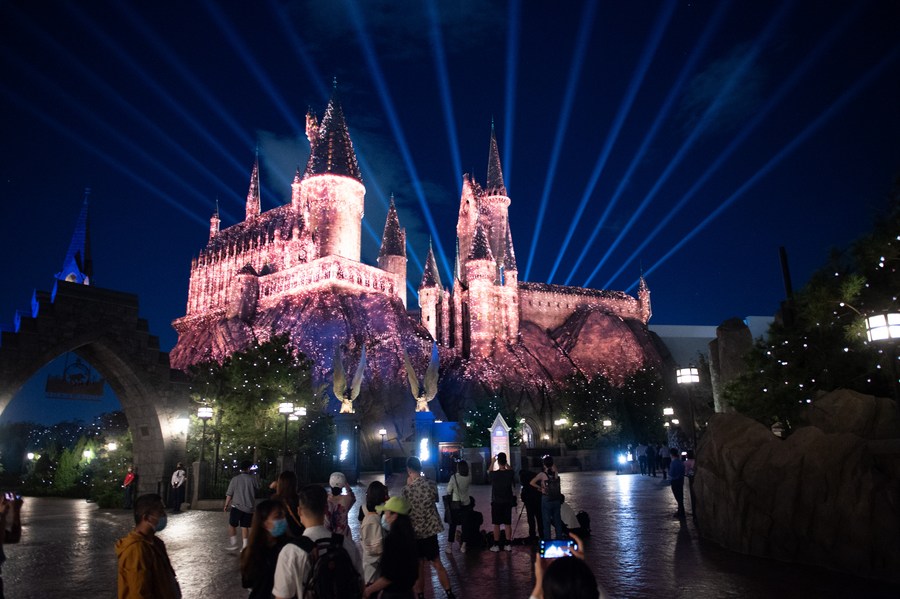 Beijing is projected to become the "hottest" tourist destination during the upcoming Mid-Autumn Festival holiday, Trip.com, a Shanghai-based online travel operator, forecast in a report published on Tuesday.

In late August, Shanghai, as well as Hubei, Henan, Zhejiang, Guangdong, Shandong, Sichuan, and Hainan provinces, all lifted bans on inter-provincial group tours and bookings of flight and hotel packages.

Bookings for inter-provincial tours on Tuesday surged 356 percent from that on Aug 20, Trip.com said, based on data analysis.

Beijing has been the most popular booking destination and the most searched city over the past several days, according to Trip.com, followed by Shanghai, Guangzhou, Hangzhou, Chengdu, Sanya, Shenzhen, Chongqing, Zhuhai and Wuhan.

The Universal Beijing Resort, which is set to open on Sept 20, also has contributed to the city's popularity, attracting the attention of many young people and families with children, a tourism analyst with Trip.com said.

Tour bookings to Beijing via Trip.com during the three-day Mid-Autumn Festival holiday, which lasts from Sept 19 to 21, increased by nearly 800 percent on Tuesday compared with Aug 20, and searches for Universal Beijing Resort tripled from previous days after the Aug 30 announcement of its opening, the report said.

Due to influences from the resort's opening, large theme parks have become tourist favorites during the holiday, followed by mountain landscapes and historic towns, the report said.