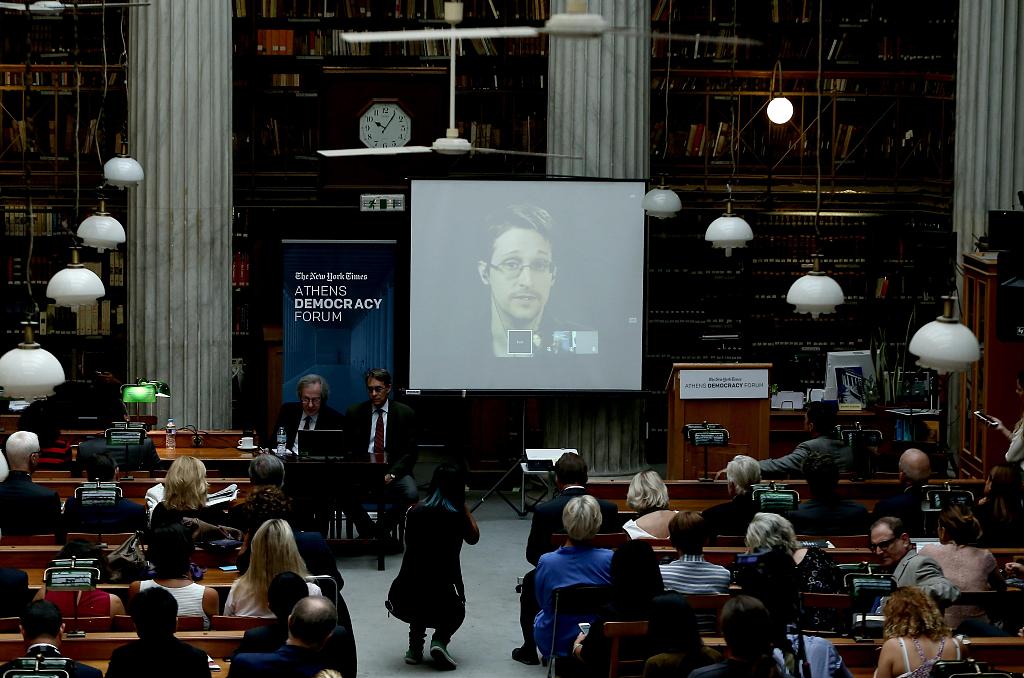 Edward Snowden, former US intelligence officer and whistleblower, speaks via a video link, at the National Library of Greece, on September 16, 2016. He first revealed the Prism program in 2013. (File Photo: VCG)

"Irresponsible accusations, pressure and sanctions will only increase tensions in cyberspace and poison the cooperative environment," She noted.

Last week, Recorded Future, an internet technology company based in Somerville, Massachusetts, released a report accusing China of being behind cyberattacks against a Norwegian company and a US company.

The operations were "Chinese state-sponsored" to "steal valuable intellectual property or gain commercial advantage," the company said in the report published on February 6, which was widely covered by Western media.

"We noticed the report. It's nothing but one of the actions by the US to discredit China," Hua said.

She also cited the "Prism Program," "Equation Group" and "WannaCry" ransomware attacks launched by some countries that have been engaging in large-scale and organized cyber stealing, spying and surveillance activities. Prism program is a surveillance system launched in 2007 by the US National Security Agency.

Cyberspace is difficult to trace, she said. "Without solid evidence, no one should give groundless speculations or label somebody at will," Hua noted.

China firmly defends cybersecurity, and opposes and combats any form of cyberattack and spying activities, she added.