China said on Monday that it would retaliate if Washington persisted with escalation against Chinese journalists working in the US. 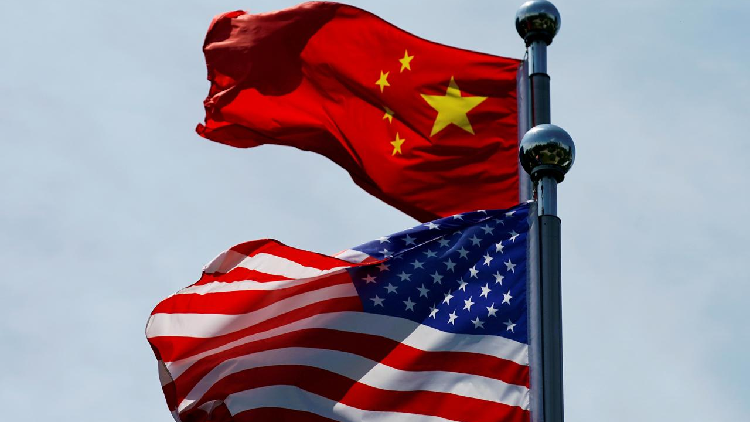 Chinese and US flags flutter near The Bund in Shanghai, China July 30, 2019. (File photo: Reuters via CGTN)

Chinese Foreign Ministry spokesman Zhao Lijian told reporters at a daily briefing that no Chinese journalist in the United States had been granted a visa extension since the United States, on May 8, limited their stay to 90 days, with an option to extend.

The US should immediately correct its mistake and stop its actions, Zhao said, adding that if the US persists with wrong actions, China will take a necessary and legitimate response to safeguard its rights.

He also blamed Washington for escalation out of the Cold War mentality and ideological biases.

Such actions have seriously interrupted Chinese journalists reporting in the US and harmed Chinese media's reputation and normal people-to-people exchange, Zhao said.

The US should take full responsibility for the deterioration of the bilateral ties, he added.

The two major economies are at odds over issues ranging from the handling of coronavirus pandemic to the national security law for the Hong Kong Special Administrative Region and the Trump administration's "espionage" charges against China's Consulate General in Houston.

In February, the Trump administration said it would begin treating five major Chinese state-run media entities with US operations the same as foreign embassies, requiring them to register their employees and US properties with the State Department.

In March, the US slashed the number of Chinese journalists allowed to work at the US offices of Chinese media from 160 to 100.

In response, China revoked the press credentials for American journalists from three newspapers.

In May, the Trump administration imposed new regulations on Chinese journalists working in the US, limiting visas for the group to 90 days, with the option for extension.

In June, the US State Department announced it would start treating four more Chinese media outlets as "foreign embassies," following the February decision.