Catholicism must adapt to socialist society to survive: bishop

The communication channels between China and the Vatican are necessary and must be enhanced over the severe bishop shortage in China's Catholic parishes, a bishop warned Thursday. 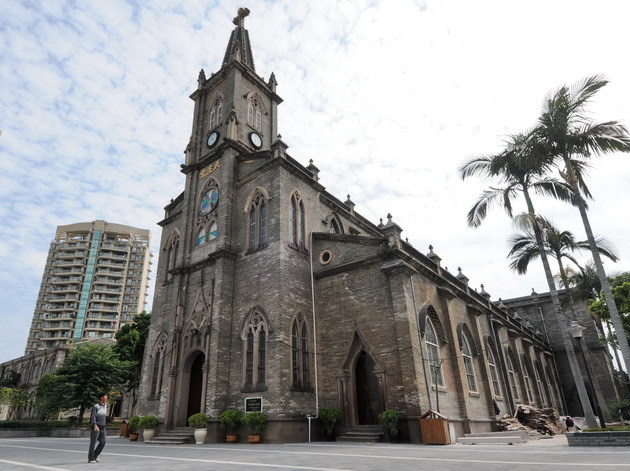 "Among the 98 parishes in the Chinese mainland, 40 of them have no bishops. There is an urgency to fill the vacancies to maintain parish stability and must be addressed during negotiations between China and the Vatican," said Bishop Guo Jincai, secretary general of the Bishops Conference of the Catholic Church in China.

Among the 61 bishops, 12 of them are over the age of 80, which makes the bishop appointments an even more pressing issue, Guo told the Global Times on the sidelines of the ongoing annual session of the top legislature.

"We hope the two sides could reach a consensus as soon as possible for the benefit of Catholics in China and to help bring all the related work back to the right track," he said.

Speculations are running high that the two sides are close to a deal on appointing bishops in China, which was welcomed by government-backed Catholic groups as a milestone, but was criticized by "underground churches" as "selling out" the Catholic Church in China.

Chinese scholars and bishops reached by the Global Times since January, including Huang Bingzhang, who reportedly was recommended to take over from 88-year-old Zhuang Jianjian in Shantou, South China's Guangdong Province, all refused to confirm or reveal any details, but stressed it's too early to criticize the Vatican based on speculations.

Guo also dismissed the criticism of underground or government-backed churches in China.

Every Catholic in China has the freedom of religion, which is granted by the Constitution, and there's no need to separate an "underground church" that labels themselves as loyal to Rome, he said.  "It's also unfair to identify Catholics in China by the group's voice," Guo said.

China has around 6.5 million Catholics, more than 7,000 clergies and around 6,000 churches and other Catholics sites, according to the Chinese Catholic Patriotic Association (CCPA).

China is not a religious country. It's normal that the Western world would misunderstand the country's religious status, which makes it more necessary to boost international exchanges and tell the story of Chinese Catholics abroad, Guo said.

Ten years ago, foreigners thought Catholics living in the communist and socialist country cannot have religious freedom, but the perception has since changed dramatically, as the majority are beginning to understand that freedom of religion is implemented soundly in China, Guo said.

The CCPA has participated in seminars or other exchange activities in more than 30 countries and regions, including the US, Europe and Asia.

Guo said that he did not feel any pressure from the Vatican, or other countries, when he was engaged in these exchanges.

Guo stressed his political and religious identity should be viewed separately, though they are not mutually exclusive.

"My position as a national legislator will not and cannot affect my religious service, as China implements the principle of separation of church and State," said the bishop who is now serving a third term as a deputy to the National People's Congress.

However, the NPC deputy identity gives him a clear insight to guide believers to better serve the country's development, he said.

As a religion introduced from foreign countries, Catholicism must adapt to socialist society in order to survive and develop in China, and a most fundamental requirement for this is to be patriotic, Guo said.

The religion's activities cannot lag behind national development or hinder political stability. "It must bring positive energy to society and its people, instead of trouble or confrontation," Guo stressed.