An intercity high-speed railway linking Beijing and Xiong'an New Area in Hebei province will be put into operation on Sunday, cutting the train journey between the two cities to 50 minutes from about an hour and a half. 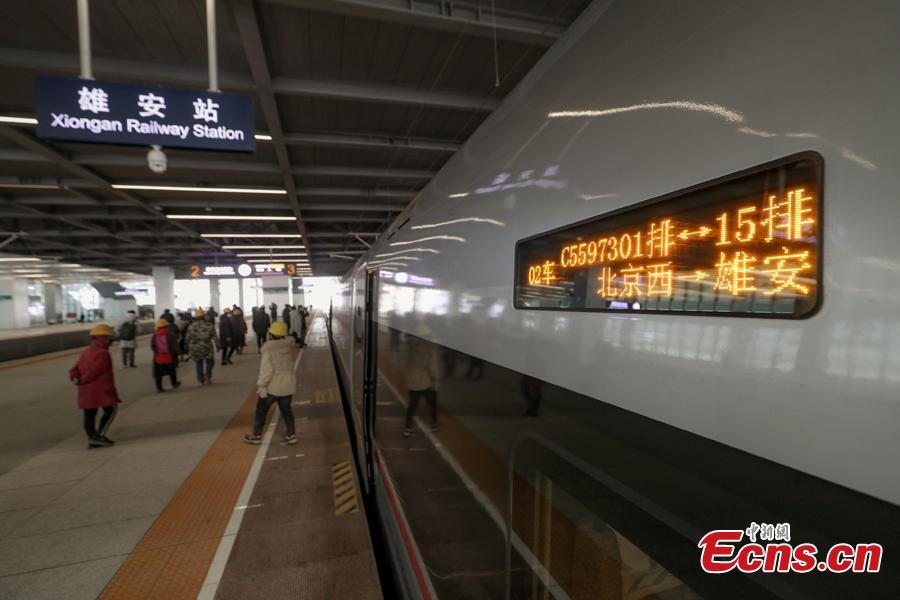 Xiong'an New Area is located around 100 kilometers southwest of Beijing. It was established in April 2017 as a new economic zone near the capital.

Starting from Beijing West Railway Station, the line is about 91 kilometers in length. It goes south and ends at Xiong'an Railway Station in Xiongxian county.

In the middle, there are four railway stations, including a station at Beijing Daxing International Airport in Daxing district. The highest designed speed on the line is 350 km per hour, according to China State Railway Group.

The section from Beijing West to Daxing airport has been in operation since September last year.

Tickets for the rest part, from Daxing airport to Xiong'an, will on sale in the afternoon on Saturday. Journey between the two will be about 19 minutes at top speed.

Initially, there will be 16 pairs of high-speed trains running on this line and the maximum speed will be 300 km per hour.