The Beijing-Zhangjiakou high-speed railway, which connects the two host cities for 2022 Winter Olympics, is planned to be put into operation by the end of this month, opening a convenient transport route between the three Games clusters - Beijing's downtown and Yanqing, as well as Chongli in Zhangjiakou. 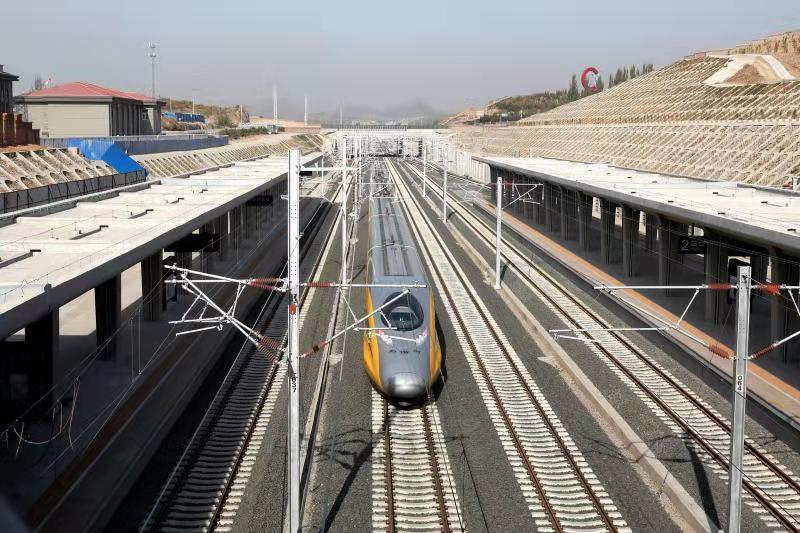 One of the railway stations along the Beijing-Zhangjiakou high-speed railway, which will be put into operation by the end of December, 2019. (Photo: China Daily)

The 174-kilometer network, which has nine stations including Beijing North, Qinghe, Changping, Huailai and Zhangjiakou, will shorten the travel time from Beijing to Chongli district or Zhangjiakou city in Hebei province within one hour, according to a report by news website cnr.cn.

Five of the stations were recently visited by media groups and final work on them before the line's opening are underway, the report said.

According to previous reports, the authorities said the railway will be the smartest one in the country, supported by 67 smart technology projects, including autopilot and auto-dispatching systems.