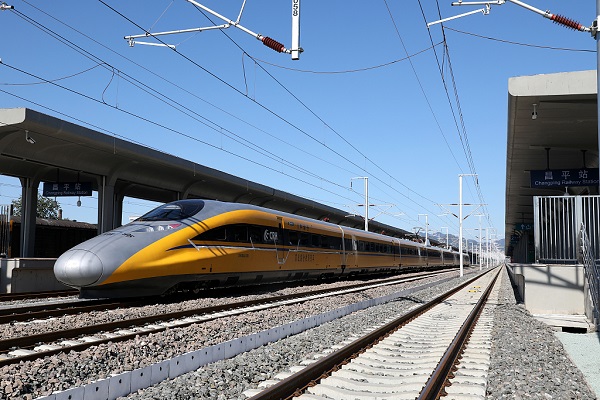 According to the China Railway Beijing Group Co. Ltd, the debugging was launched Saturday, when a testing train departed from Changping Station along the railway.

The whole system, including the railway tracks, power supply, communication, signals, and early warning and monitoring system will be put to tests and debugged, to ensure the safe and sound operation of the railway.

The railway line is a major project for the 2022 Olympic and Paralympic Winter Games. It will cut the travel time between the two cities from more than two hours to one hour. It's expected to be finished by the end of 2019.