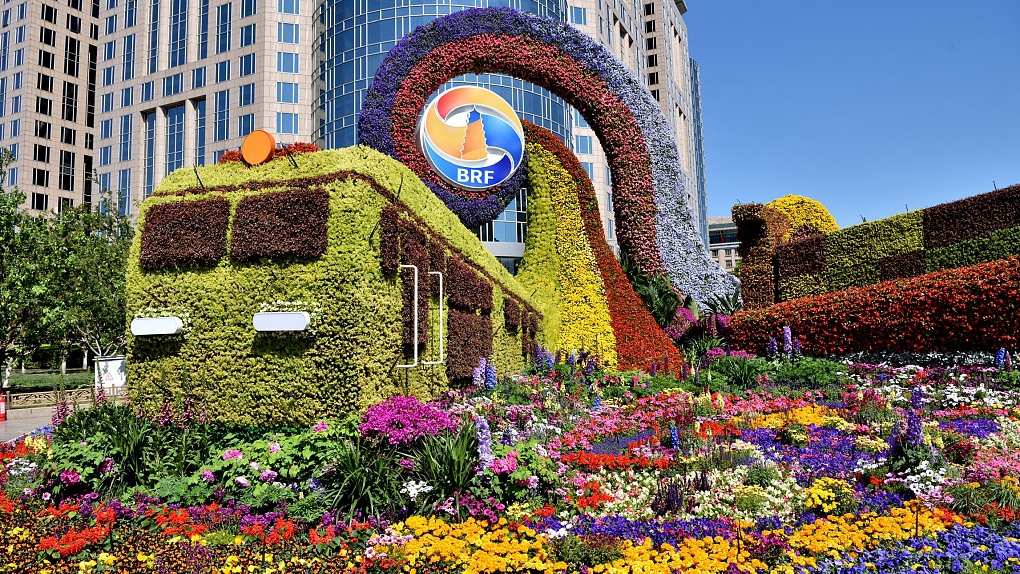 Belt and Road themed decoration is seen on a street in Beijing during the second Belt and Road Forum for International Cooperation, April 25, 2019. (Photo: VCG)

The Belt and Road Initiative (BRI) is gaining more recognition and support overseas, and a growing number of people across Asia believe the project is good for their countries and themselves, according to a new report released on Saturday.

The 2019 "The Belt and Road" Media and Think Tank Exchange Event was held in Nanjing, east China's Jiangsu Province. Experts and media representatives from 17 countries joined the discussion on the theme of common development and people-to-people ties, and exchanged views on how to forge partnerships and promote dialogue between civilizations.

It followed the second Belt and Road Forum for International Cooperation in April and the recently concluded Conference on Dialogue of Asian Civilizations in Beijing.

Gao Anming, deputy director of China International Publishing Group (CIPG), said the event provides a timely platform for broad cooperation between media and thinks tanks from countries along the Belt and Road routes.

"BRI has reached a point where it now needs more detailed research work and policy work across the world to deepen it as you like and to provide it with an intellectual policy hinterland," said Martin Jacques, a senior fellow at the University of Cambridge during the second Belt and Road Forum.

A report released during the event, titled "Leading a New Round of Global Opening up and Cooperation: The Belt and Road in the Eyes of the International Community," based on a series of surveys conducted by the Academy of Contemporary China and World Studies (ACCWS) since 2014, sheds new light on the impact of BRI on the global community.

Since its conception in 2013, the BRI initiative has gone from a grand vision to a tangible reality. The international community's recognition of the BRI has grown steadily year after year, the report found.

Among the countries along the Belt and Road routes, 70 percent of respondents from six ASEAN countries – Singapore, Malaysia, Thailand, Vietnam, the Philippines and Indonesia – recognized the initiative, the highest in the world.

According to the 2019 Survey on Mutual Recognition of Major Asian Civilizations by the ACCWS, 74.7 percent of respondents from 11 Asian countries surveyed believed that the BRI can bring more development opportunities to their countries. People from Pakistan, Thailand, Saudi Arabia and Indonesia responded most positively to the initiative.

The 2018 China Image Survey on 17 countries found that 72.5 percent of the respondents think the BRI is a global public product with bright prospects; and 69.3 percent wish their governments will further participate in the initiative.

Promoting the Belt and Road cooperation cannot be separated from the support of the people along the Belt and Road routes. The BRI embraces the historical trend of economic globalization, responds to the call for improving the global governance system and meets people's longing for a better life, the report concluded.

Secretary General of the Shanghai Cooperation Organization (SCO) Rashid Alimov said on Saturday that the BRI is not a single country's solo show but a chorus of many countries. A new model of global cooperation, the BRI is built on the basis of dialogue and mutual respect, fully recognizing all countries' contributions.