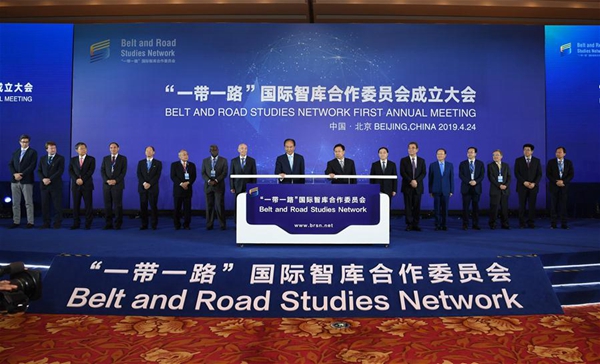 The Belt and Road Studies Network (BRSN), co-initiated by Xinhua Institute and 15 other think tanks, was inaugurated in Beijing Wednesday.

The BRSN is an open mechanism of academic exchanges and cooperation, which is established to serve international think tanks, international and regional organizations and researchers of various countries, and promote the studies and academic exchanges on the Belt and Road Initiative (BRI), according to a statement issued at the inauguration meeting Wednesday. 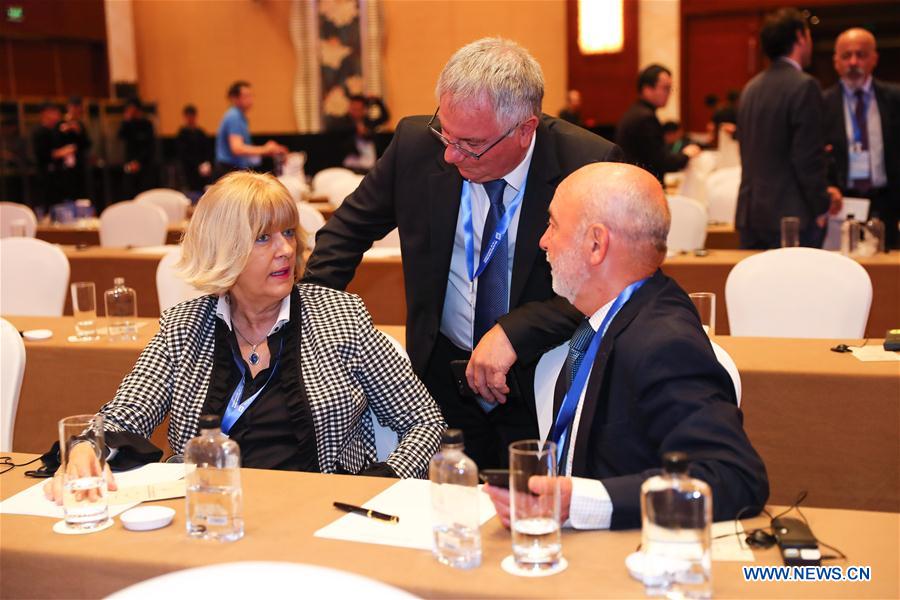 Guests talk after the inauguration meeting of the Belt and Road Studies Network (BRSN) in Beijing, capital of China, April 24, 2019. (Photo: Xinhua)

The BRSN plans to hold an academic exchange event each year, organize seminars and field trips to Belt and Road projects, and raise money to set up a non-profit Belt and Road international research fund.

The official website, www.brsn.net, was launched at the meeting. The BRSN will also launch its App, as well as create a BRSN journal and a BRI-related basic database.

More than 200 experts and scholars from 59 countries and two international organizations attended the inauguration meeting.

Top photo: Cai Mingzhao (L, center), president of Xinhua News Agency, chairman of Xinhua Institute and chairperson of an initiators council of the Belt and Road Studies Network (BRSN), witnesses with other guests the launching of the BRSN's official website, www.brsn.net, in Beijing, capital of China, April 24, 2019. (Photo: Xinhua)