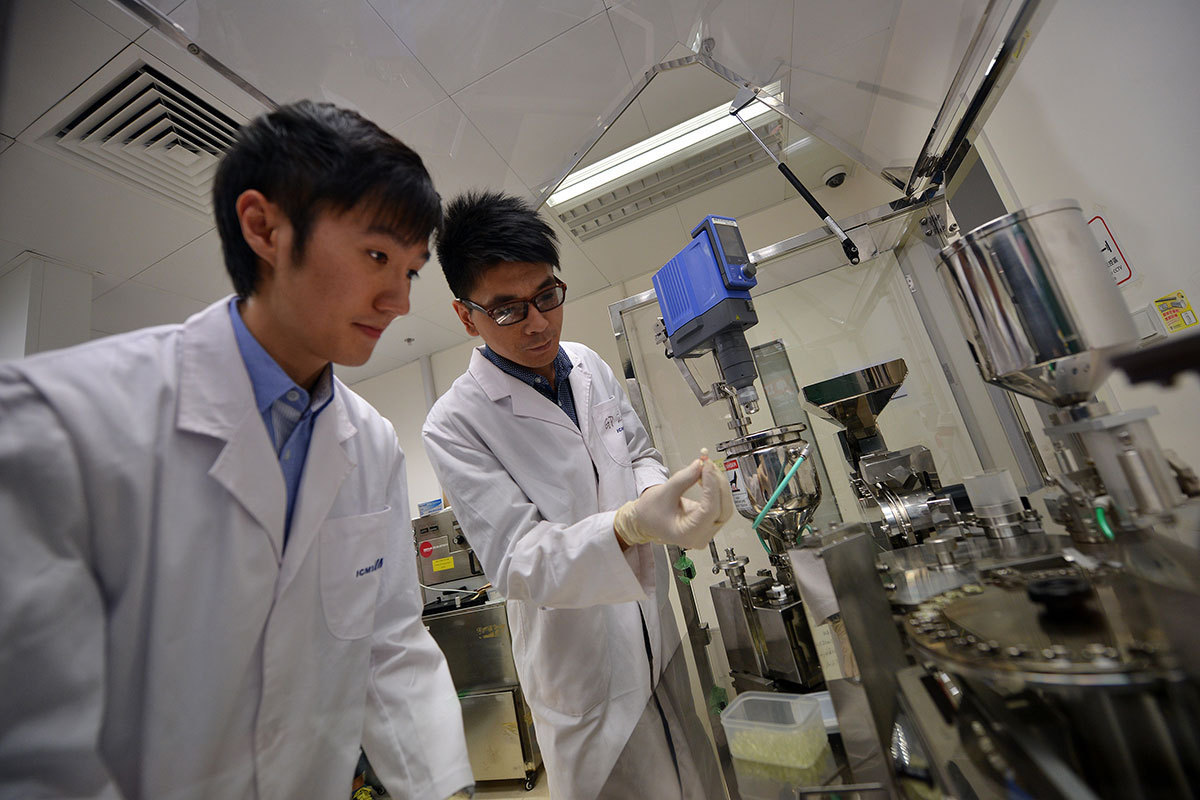 Researchers work in a lab at the University of Macau's campus in Hengqin, Zhuhai, Dec 11, 2014. (Photo: Xinhua)

Health authorities in Gansu province plan to strengthen oversight over biosafety at laboratories to guard against brucellosis following a fresh wave of infections that have affected nearly 100 personnel at a research institute in the province.

The Health Commission of Gansu has urged laboratory workers to increase awareness of safety regulations and demonstrate proficiency in protecting themselves from laboratory-acquired infections, including brucellosis, according to a notice posted on its website on Wednesday.

Brucellosis circulates rapidly between livestock but is not transmittable among humans. The latest outbreak, first reported on Dec 2, occurred among personnel at the Lanzhou Veterinary Research Institute in Lanzhou, the provincial capital.

As of Monday, the number of infected people climbed to 96 after a screening of 317 faculty members and students at the institute, and none had displayed symptoms.

On Tuesday, the health commission of Heilongjiang province said 13 students who are enrolled at the Lanzhou institute and are now studying at the Harbin Veterinary Research Institute in Heilongjiang had tested positive for the bacteria. These students were involved in research work that put them into contact with animals at the Lanzhou institute in August.

Though investigation into the cause of the recent outbreak is underway and medical experts have insisted that the disease can be easily cured with timely and consistent treatment, the rising prevalence has prompted calls for heightened scrutiny over laboratory safety.

According to the notice, laboratory personnel, grassroots veterinary institutes and workers involved in producing and manufacturing livestock and relevant products are at high risk of contracting the disease.

The commission has thus urged health and agriculture departments to provide health education and consultancy services for these target groups in a bid to help them adopt safer practices and beef up their protections against the disease.

"Farmers and herders are also encouraged to convert to scientific methods of breeding animals, and technicians working in the sector will receive stronger protections," the commission said, adding that it is particularly important to equip veterinary institutes that are exposed to infectious diseases like brucellosis with effective protection gear.

Regular health examinations and screenings of infectious diseases will also be offered to facilitate early diagnoses and treatments, the commission said.

According to data released on Sunday, Gansu saw 155 new infections of brucellosis in November. Last year, the province reported more than 1,500 brucellosis infections. Nationwide, nearly 38,000 new cases were reported in 2018.