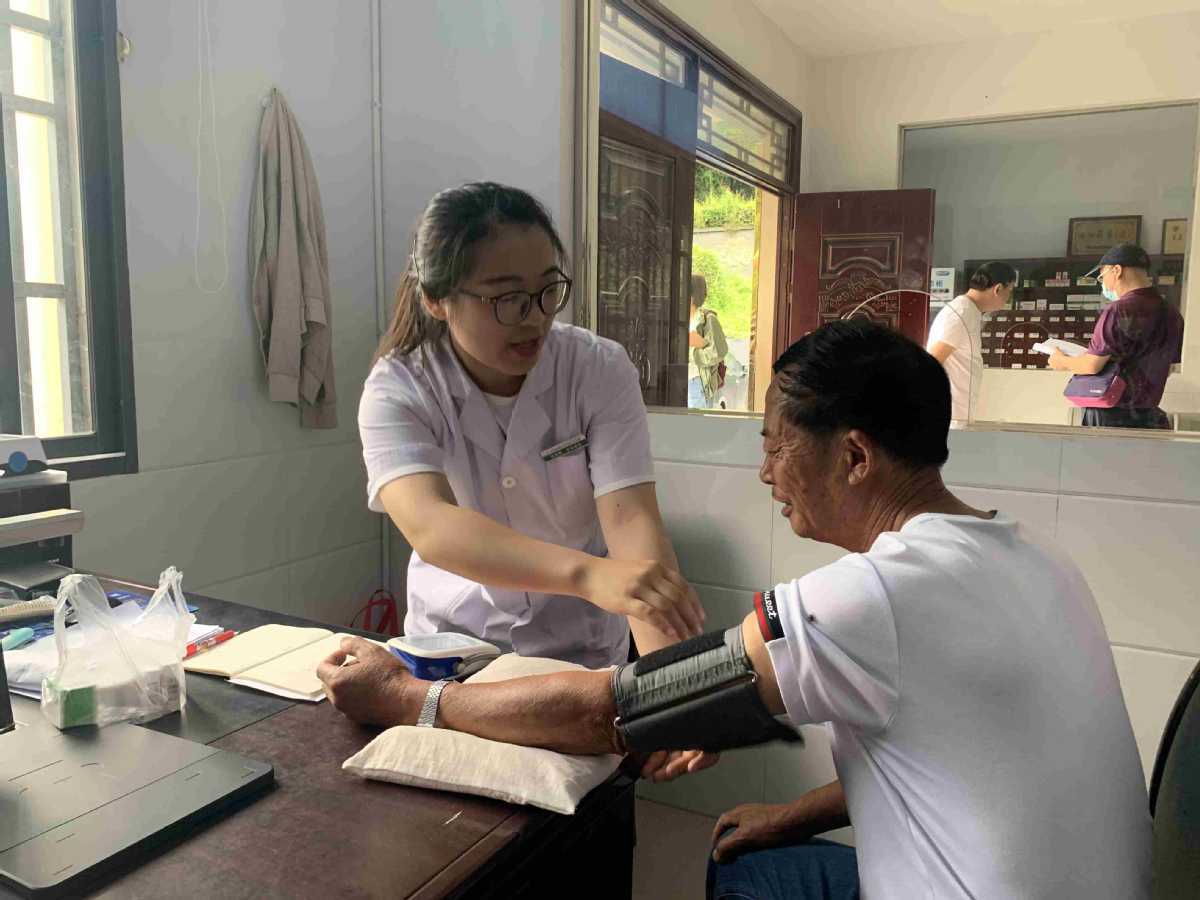 Nearly 10 million households that fell into poverty across the country due to illnesses have now escaped poverty over the past five years due to improved healthcare services in rural areas and reduced impoverished residents' medical expenditures, the top health authority said on Wednesday.

All 832 impoverished counties across China now have at least one public hospital, and every village has a health center equipped with qualified doctors so that impoverished residents with common or chronic diseases can have access to healthcare services near their home, Yu Xuejun, vice-minister of the National Health Commission, said at a news conference at the State Council Information Office.

Meanwhile, various authorities have increased financial support for medical care services for people living in poverty over the past few years and have added all of them into basic healthcare insurance and medical relief programs, which has resulted in registered impoverished residents only having to pay about 10 percent of their total medical bills, Yu said.

To further tackle impoverishment due to illness and help affected residents get out of poverty while regaining health, more than 800,000 health workers at the grassroots level across the country were mobilized over the past five years to conduct thorough surveys in rural areas to get a clear picture of impoverished patients, including the diseases they suffer from and their medical expenditures, Yu said.

Specific measures were then taken to provide medical treatment to these residents, resulting in more than 19 million patients receiving healthcare funded by the government, accounting for nearly all impoverished patients across China, he said.

Overall health in China has been increasing over the past five years, with the average life expectancy increasing from 76.3 years in 2015 to 77.3 years last year due to improved healthcare services. Individual expenditures accounted for 28.4 percent of China's total health costs last year, a decrease of 0.9 percentage points compared with 2015, and the lowest level over the past two decades, according to the commission.

To improve health services at the grassroots level, the National Health Commission has invested 1 billion yuan ($149 million) over the past three years to provide training to more than 500,000 medical workers in health centers at rural areas and urban communities, Yu said.