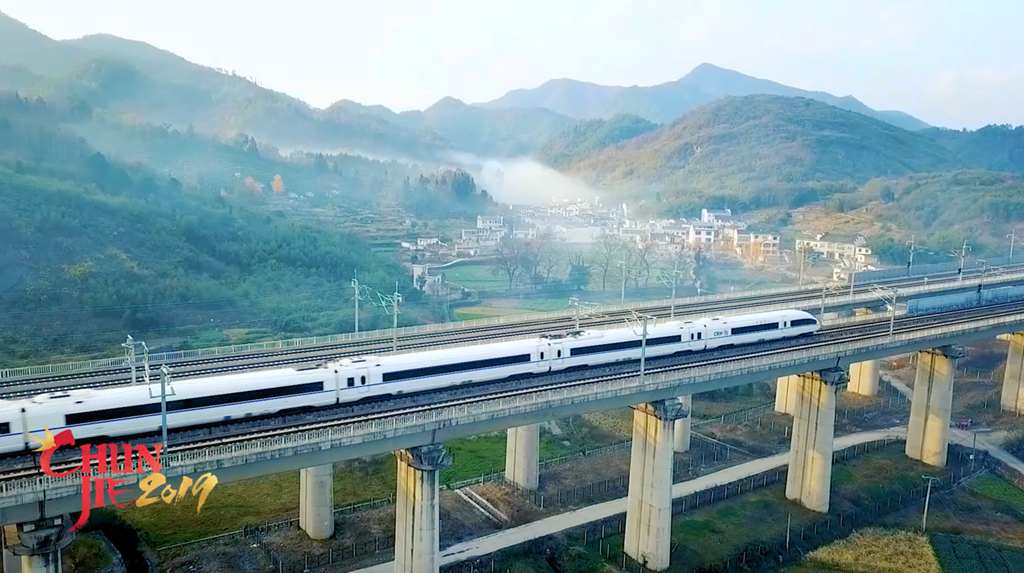 China is proud of its railway system for its high transportation capability and stability. Every year, the advanced infrastructure is responsible for humankind's biggest migration, known as Chunyun.

An estimated 413 million trips will be made by train during the 2019 Chunyun, or the Spring Festival travel rush season, up 8.3 percent year-on-year. It means 10.33 million people will travel from one city to another per day for 40 days non-stop.

Traveling thousands of miles a day used to be a dream to some in ancient Chinese poetry. But now people can do it in just a few hours, thanks to the high speed bullet trains that run up to 350 kilometers per hour. From Beijing to Hong Kong, it needs just nine hours.

China Railway has scheduled 4,787 pairs of train services before the Spring Festival and 4,860 after. The measures are taken to enhance the capacity during the travel rush season.

But the demand is now much higher, so tickets have sold out quickly. The Internet has become a major battlefield among migrant workers reserving their seats to go back home.

The biggest chunks of outbound trips are made from Guangdong, Shanghai and Beijing. Meanwhile, the major destinations are the provinces of Hunan, Hubei and Henan. When the Spring Festival celebration is over, the flow is reversed.

Better connections between big cities and smaller ones make traveling convenient for migrant workers. Still, passengers hope that in the future, they don't have to travel so far for business or pleasure.