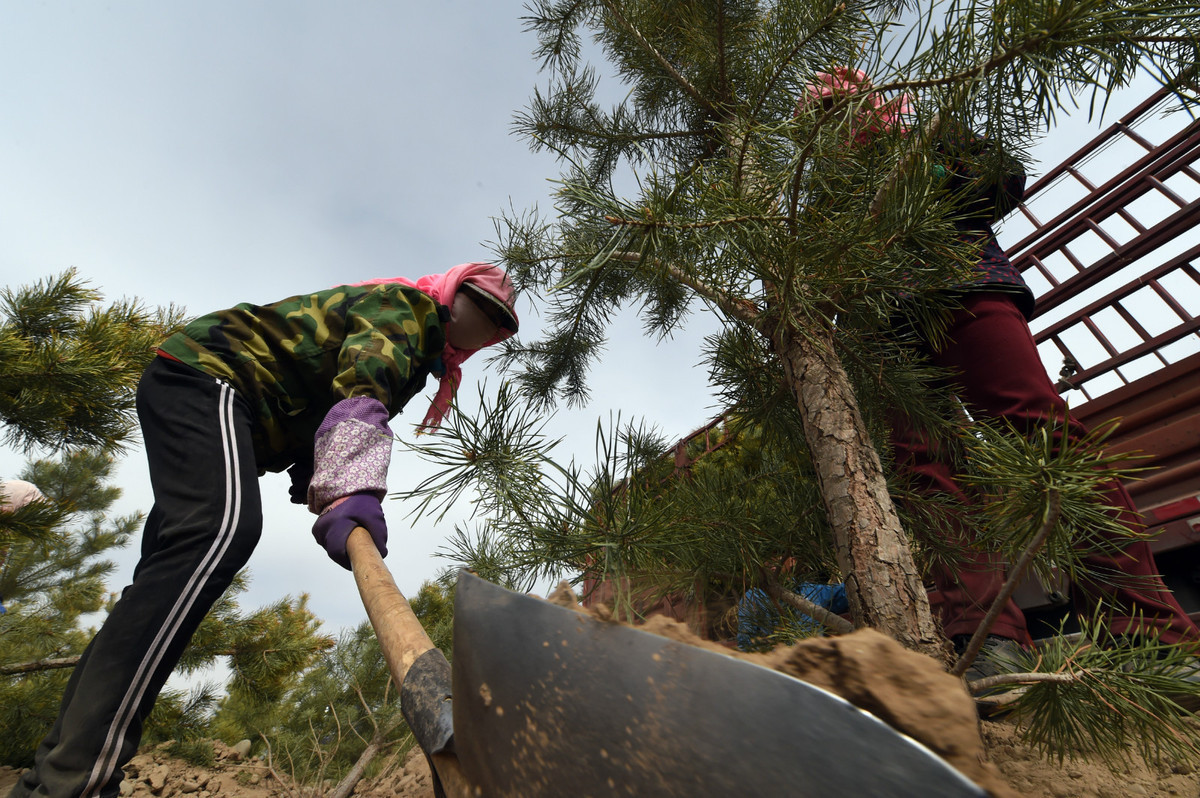 174 trillion yuan would have to be spent to reach net zero emissions, report says

A total investment of over 174 trillion yuan ($25.9 trillion) would be needed in the coming three decades if China endeavors to realize net zero carbon dioxide emissions and greatly reduce emissions of other greenhouse gases around the middle of this century, according to a report.

In the country's energy and electricity systems alone, investments would need to reach 138 trillion yuan from 2020 to 2050, which means that the country needs to invest 2.6 percent of the country's GDP every year during the time, said the report published by the Institute of Climate Change and Sustainable Development at Tsinghua University on Monday.

The numbers are calculated under the scenario of keeping global temperatures this century below 1.5 C above preindustrial levels and using the price levels of 2015 as the base year.

If the country sticks to the commitments it submitted in 2015 before reaching the landmark Paris Agreement on climate change and keeps related action plans and policy unchanged, however, the total investment demand would be only 70.5 trillion yuan, it said.

The report was unveiled only days after President Xi Jinping announced that China aims to have carbon dioxide emissions peak before 2030 and achieve carbon neutrality before 2060, while addressing the general debate of the 75th session of the United Nations General Assembly via video on Sep 22.

The Paris Agreement, which will be implemented after 2020, aims to keep the global temperature rise this century well below 2 C and to pursue efforts to limit it even further to 1.5 C.

Concluded before the announcement, the report didn't say how much investment will be needed for the country to realize the new target, but He Jiankun, a leading author of the report, said: "that China aims to achieve carbon neutrality by 2060 actually means the country would endeavor to take a pathway for long-term, deep decarbonization under the guidance of the 1.5 C target."

He, also deputy director of the National Committee of Experts on Climate Change, said China will not only have to invest more but also needs to make greater efforts than developed countries to realize carbon neutrality around the middle of the century.

The European Union and the United States have 50 to 70 years to finish the transition from peak to neutrality. China, however, only has 30 years for the transition.

"On average, the carbon emission reduction rate in China will reach 8 to 10 percent after 2030, which goes far beyond the reduction rate in the developed nations. The country will also have to make more vigorous efforts," he said.

Despite the great achievement China has made in tackling climate change, the country needs to make arduous efforts to bring the new target into reality, said Zhao Yingmin, vice-minister of Ecology and Environment.

"We should be keenly aware that China remains the largest developing country in the world, and it is still confronted with the outstanding problem of unbalanced and inadequate development," he said.

According to the Ministry of Ecology and Environment, China has attained its 2020 climate action targets ahead of schedule. By the end of last year, the country had managed to reduce its carbon dioxide emissions per unit of GDP by 48.1 percent from 2005 levels, and the share of nonfossil fuels in the country's primary energy consumption had increased to 15.3 percent.

Xie Zhenhua, special adviser on Climate Change Affairs of China at the Ministry of Ecology and Environment, said, however, that the country will also greatly benefit from strengthened climate action.