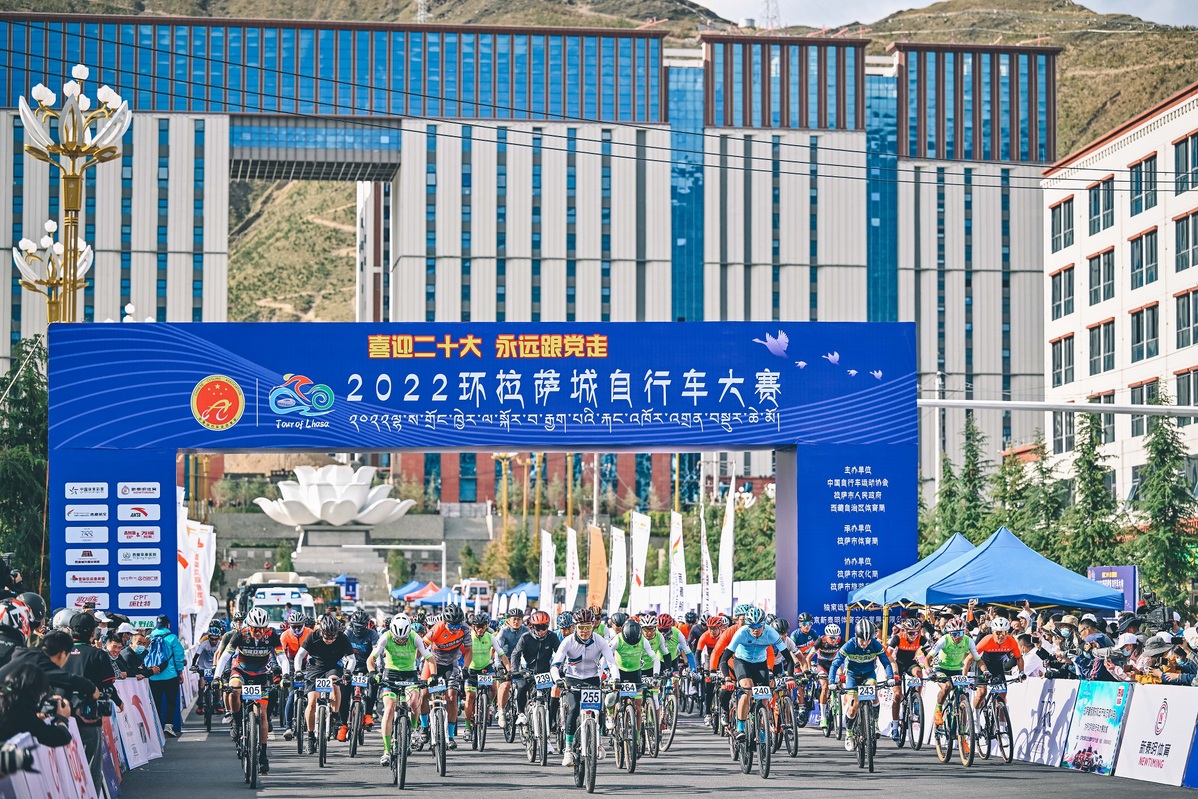 More than 300 cyclists from around the country took part in a cycling race in Lhasa on Saturday, passing historical sites and viewing scenery along the route.

The overall road surface for the race was flat and smooth, but curves varied from narrow to wide. The cyclists were challenged by the changing weather of the Tibetan Plateau, with its high altitude, strong sun and major temperature swings.