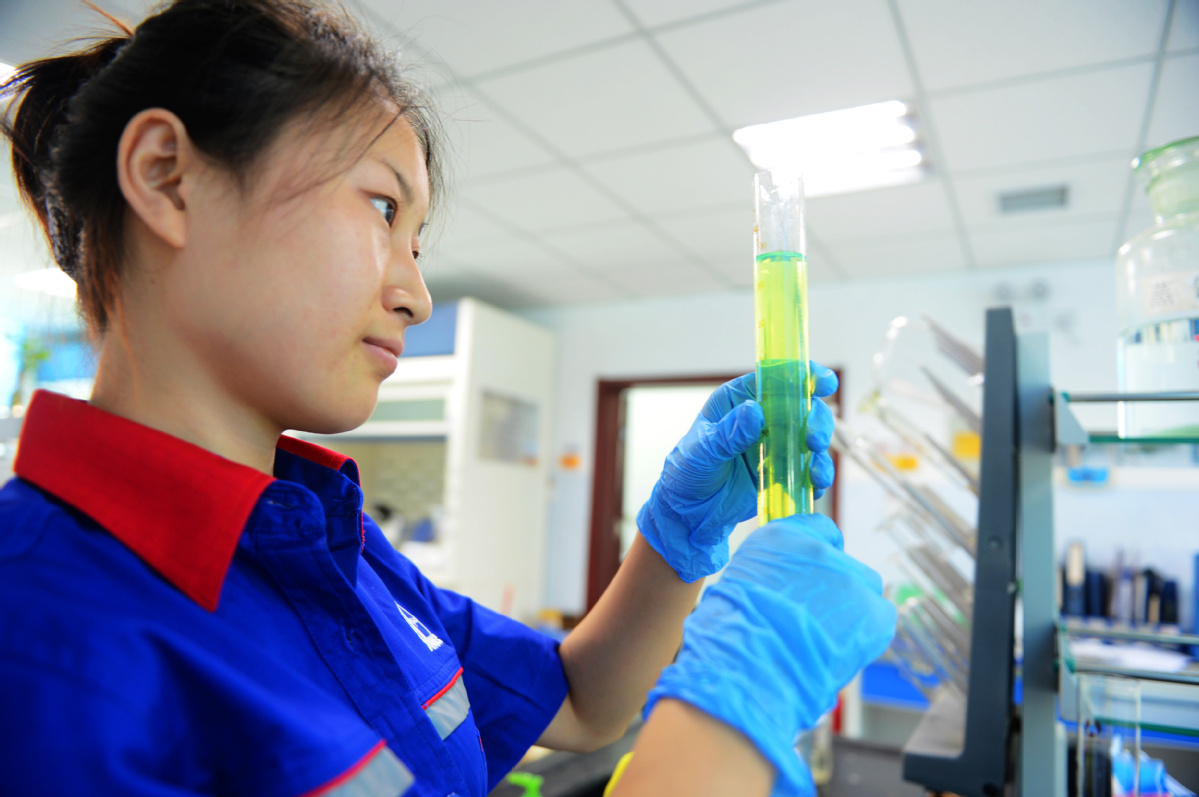 If the Ningxia Hui autonomous region handles the exhaust emitted by the industrial sector in a clean and efficient way, 700,000 metric tons of fuel ethanol can be produced every year, which can reduce CO2 emissions by 2.8 million tons, or equivalent to planting 1.5 million trees, said Li Yuhua, an NPC deputy.

Biofuel ethanol is a renewable liquid fuel and a green and high-quality gasoline component. It can reduce the emission of carbon dioxide in the industrial exhaust and can be directly added to gasoline in a certain proportion to reduce harmful substances in motor vehicle exhaust such as particulate matter, carbon monoxide, and hydrocarbons.

Currently, biofuel ethanol is mainly processed and produced by corn, rice and other grains. Expanding the production of bio-fuel ethanol is bound to affect people's land and food.

In order to ensure national food security, it is necessary to accelerate diversified production of biofuel ethanol sources, Li, also senior official with the region's development and reform bureau, said.

Shizuishan in Ningxia is an old industrial base with a number of energy-intensive industries. About 3.7 billion cubic meters of industrial exhaust gas is emitted every year, granting it a potential for producing 300,000 tons biofuel ethanol.

"The nationwide promotion of biological fermentation technology, which transfers industrial exhaust to biofuel ethanol, will play an important role in achieving the country's goal of peaking the carbon emission by 2030 and realizing carbon neutrality by 2060," Li said.

So far, a project of using biological fermentation technology to produce fuel ethanol from industrial exhaust gas has been completed in Hebei province, he added.