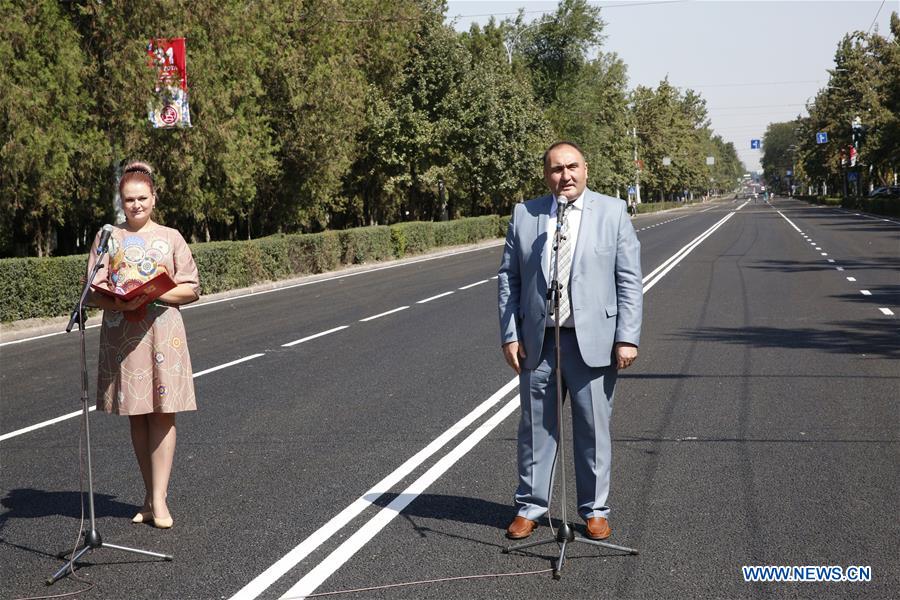 Biskek (Xinhua) -- The municipal government of Bishkek and its local residents have expressed deep appreciation of a China-aided road reconstruction project in the Kyrgyz capital city.

"It's a very important and significant event for Bishkek city, as the nine-kilometer road was closed for four months and now it's opened after reconstruction," the official said.

He also expressed gratitude to the partners from China, with the help of whom the capital city received rehabilitated roads.

Klara Bakirova, a local resident who lives by the Manas Street, told Xinhua that she was very happy to see the reconstructed road.

She said that she was shocked to see how hard the Chinese builders worked everyday.

Observing from her apartment window, she saw that the Chinese road builders worked day and night even in hot summer weather.

The Bishkek road network rehabilitation project is a grant from the Chinese government. The whole project is scheduled to be finished by November 2019, according to the CRBC.

"China, being a friendly neighbor of Kyrgyzstan, will further render assistance to the country," said Sun He, commercial counselor at the Chinese embassy in Kyrgyzstan.