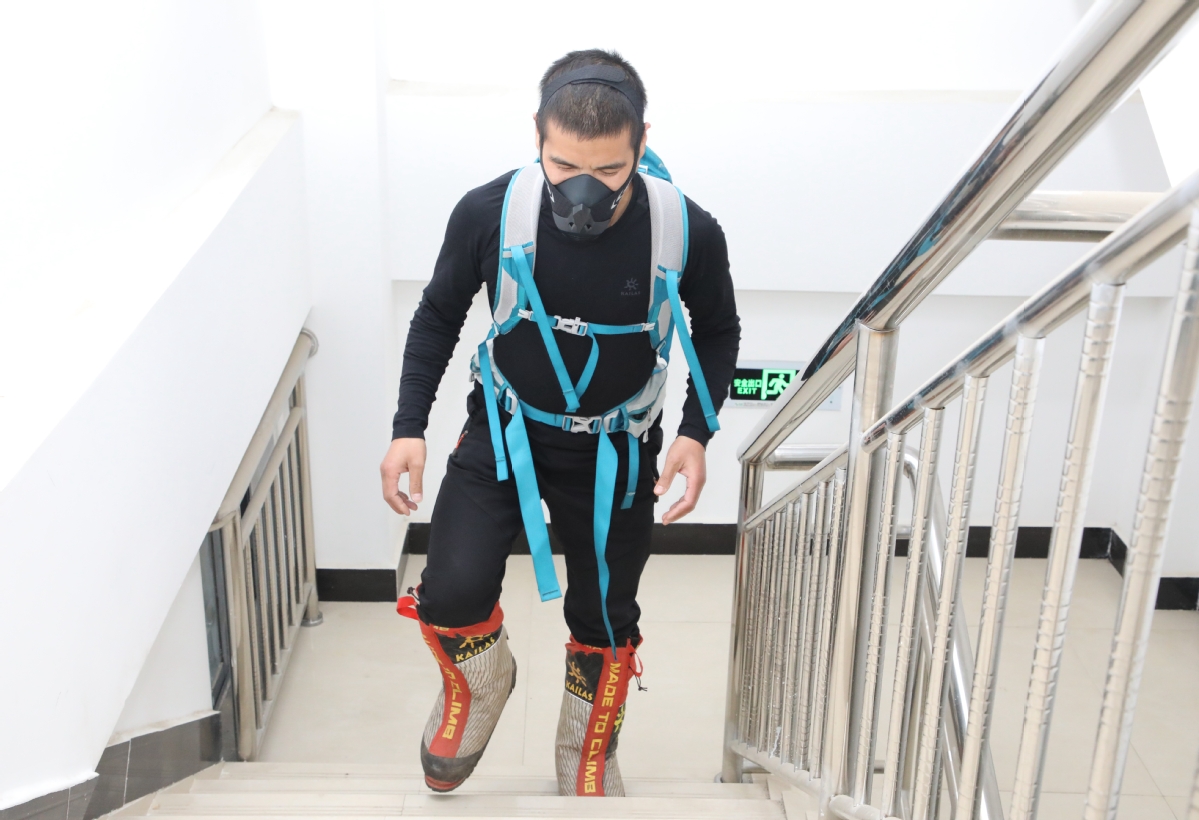 A visually impaired Chinese climber reached the summit of Qomolangma, known in the West as Mount Everest, on Monday morning, becoming the first blind person from Asia ever to conquer the world's highest peak.

Zhang Hong, 46, reached the top from the Nepali side, along with three high-altitude guides, the organizer of his expedition, Asian Trekking of Nepal, told Xinhua News Agency.

Jaya Bahadur Tamang, an official from Asian Trekking, told Xinhua by phone from the Qomolangma base camp that Zhang and his team started to move up to the summit on Sunday night from South Col (7,900 meters) and reached the summit at 9 am on Monday.

"Zhang is among the few climbers who dared to go to the top of Qomolangma despite strong winds in the mountain," Xinhua quoted Tamang as saying.

Zhang, who was born in Chongqing, lost his sight due to glaucoma at the age of 21. He now works at Fukang Hospital Affiliated with Tibet University in Lhasa.

As Zhang began his descent from the summit of Qomolangma, which is 8,848.86 meters above sea level, his colleagues in Lhasa were excited to hear the news of his success.

"Many people may have doubted his endeavor of climbing at first, but I was confident in him from the beginning," said Kyila, the secretary of the Fukang Angel Foundation, who also is visually impaired.

"I knew before that he could make it, and he did make it," added Kyila, who, like many Tibetans, goes by one name. "I am really happy for him. "He is a model for blind people to encourage them to chase their dreams."

Zhang's passion for climbing was inspired by Lodro, a famous Tibetan climber who conquered all the world's 14 peaks above the altitude of 8,000 meters, according to domestic news portal thecover.cn.

Lotse had shared the story of the blind US mountaineer Erik Weihenmayer, who scaled Qomolangma in May 2001. Zhang was overwhelmed by the story, which ignited his dream of climbing.

An amateur climber for years, Zhang had conquered three mountains above the altitude of 6,000 meters before ascending the world's highest peak.

He had begun preparing for the Qomolangma climb in 2019. However, due to the COVID-19 pandemic, all mountaineering expeditions on Qomolangma were canceled in Nepal and China last year, and he had to wait until recently to finally make the attempt.

Nepal issued a record 408 permits for climbers this spring, and about 350 climbers, including Sherpa guides, have reached the top of Qomolangma during the spring climbing season, according to Nepal's Department of Tourism.

China canceled its spring climbing season on the northern side of Qomolangma.

In addition to Zhang and Weihenmayer, some other disabled people have climbed the highest peak, including Andy Holzer, a blind Austrian climber who scaled it in May 2017, and Chinese climber Xia Boyu, a double-amputee, who reached the top in May 2018.