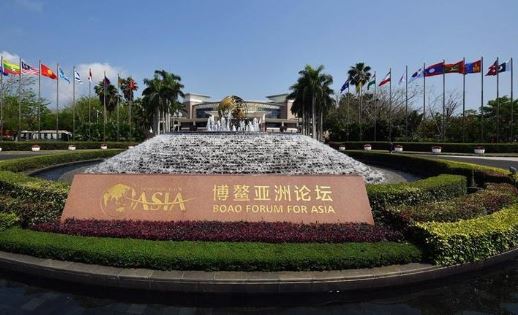 BEIJING, May 8 (Xinhua) -- Facing the unprecedented shock brought by the global COVID-19 pandemic, experts and officials attending an online symposium held by the Boao Forum for Asia (BFA) have called for collective efforts to overcome the challenge.

"The pandemic has widened the distance between people, yet during hard times, mutual understanding and help from each other, between countries and across regions are more imperative, to bring together wisdom and to find solutions," Zhou Xiaochuan, BFA vice chairman and former governor of China's central bank, said at the seminar Friday.

Citing short-term pressure from the COVID-19 pandemic, as well as the persistence of unilateralism and protectionism, the BFA warned in its Progress of Asian Economic Integration Annual Report 2020 that the Asian economy is likely to continue on the low-speed track in the years to come.

Noting that the virus does not respect borders, Zhang Tao, deputy managing director of the International Monetary Fund (IMF), said strong global and regional cooperation is needed to complement national efforts, and no country can succeed by itself.

As a result of the pandemic, the IMF has projected the global economy to contract by 3 percent in 2020, a sharp reverse from a forecast of 3.3-percent expansion in January, adding that the downturn is "much worse than during the 2008-09 financial crisis."

It is critical at this juncture that all countries do not shut the door and turn inward when collective action is crucial in fighting the pandemic, said Wong.

Zhou expressed confidence in the Asian economies as well, saying that the region has strong resilience and is contributing significantly to the global battle against the pandemic and the restoration of growth, with China particularly making huge efforts and sacrifices in the fight.

"Globalization and regional economic cohesion, though on a bumpy road, cannot be stopped, owing to the close links in technology and infrastructure, in the economy and market, and most importantly of all, in people's hearts," said Zhou.