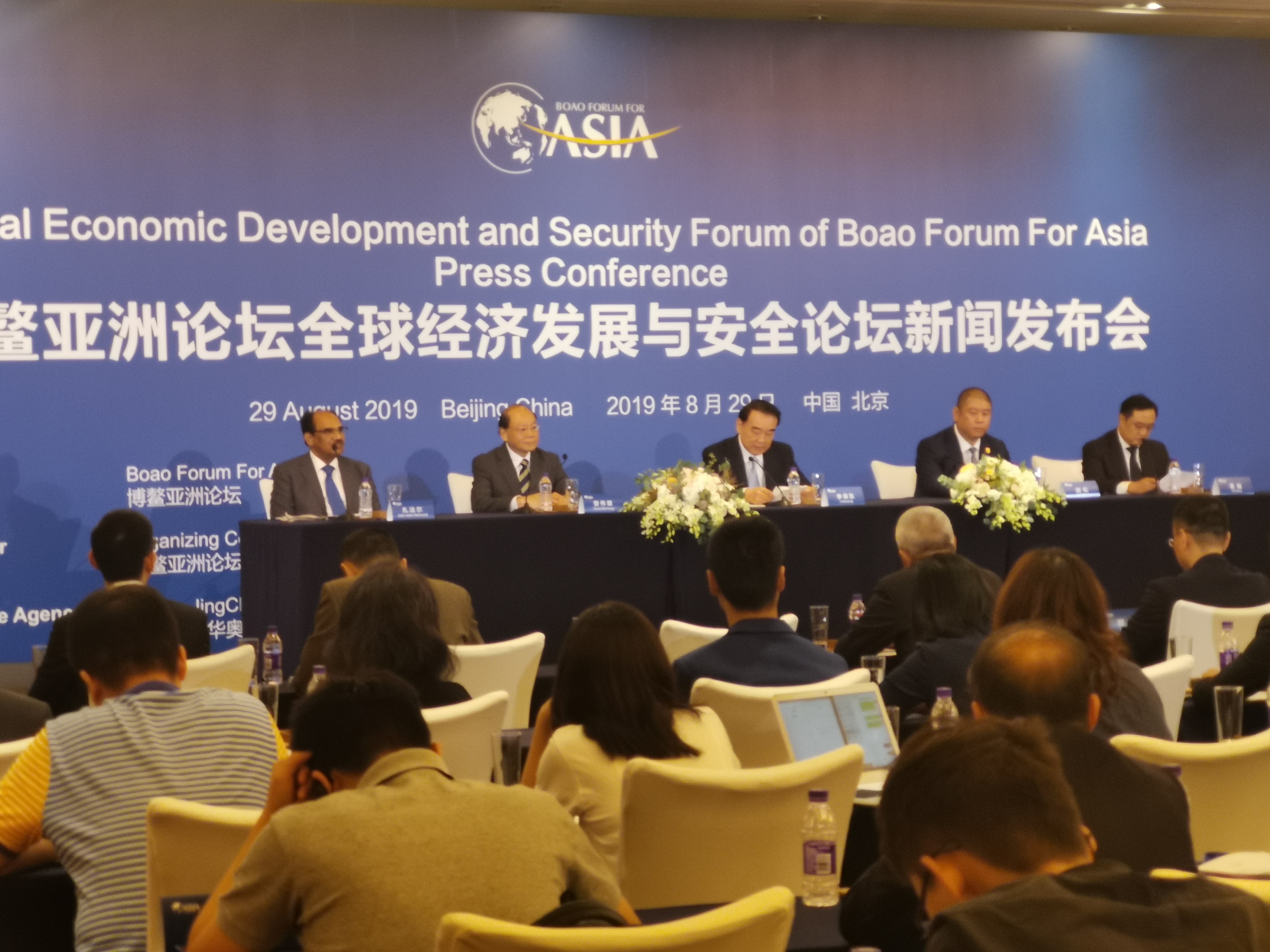 Beijng (People's Daily) - The Secretariat of the Boao Forum for Asia (BFA) held a press conference in Beijing Thursday announcing the launch of the Global Economic Development and Security Forum.

Li Baodong, secretary general of the BFA, and Tsang Waihung, President of the Global Economic Development and Security Forum, made a presentation at the press conference. Globally, it is the first time for the group to build a dedicated platform to explore the topic of economic development and security, said Li.

According to Li, the world economy is confronted with lackluster growth, unbalanced development, and growing problems in financial security, food safety, logistics security and ecological security.

While the application of new technologies such as the Internet and big data has provided new growth opportunities, the technologies have also brought new challenges in cyber security, digital economy, and information and privacy security. International economic cooperation needs to address such emerging issues as public security governance, cross-border investment and security. As the interrelationship between economic development and security becomes increasingly evident, it is attracting growing attention as a major international issue. In response to the new international situation and development needs, the Boao Forum for Asia has decided to launch the Global Economic Development and Security Forum, with an aim to build a global platform for in-depth discussion of pertinent issues.

In addition, the non-traditional security situation is becoming more complex. Though countless efforts are being made, issues such as terrorism threats, trans-border drug trafficking, and trans-national organized crime haven’t been eradicated. The international community needs to address these issues.

The progress of science and technology brings new security issues for society to address. Network security, information security, data security, and privacy security, among a list of others that come together with the latest technologies, are becoming increasingly prominent. Issues such as logistics security, cross-border security, modern urban security management and community security are intertwined with economic and social issues.

According to Tsang, we need to strengthen our security response not only on the “pragmatic” side, such as improving the law enforcement cooperation mechanism, but also on the “facilitating” side, providing platforms for all to voice their opinions, especially to expand the mechanisms for regular dialogue and cooperation. Either in Asia or across the world, there are still very few dialogue and cooperation mechanisms in this regard. The BFA set up the "Global Economic Development and Security Forum" to answer the needs for interaction in an ever-changing international environment and provide a high-level dialogue and exchange platform focusing on new economic drivers and hot-button security issues.

The inaugural Global Economic Development and Security Forum is scheduled to take place in China in 2020. The organizing committee has been set up and is making preparations for the event.