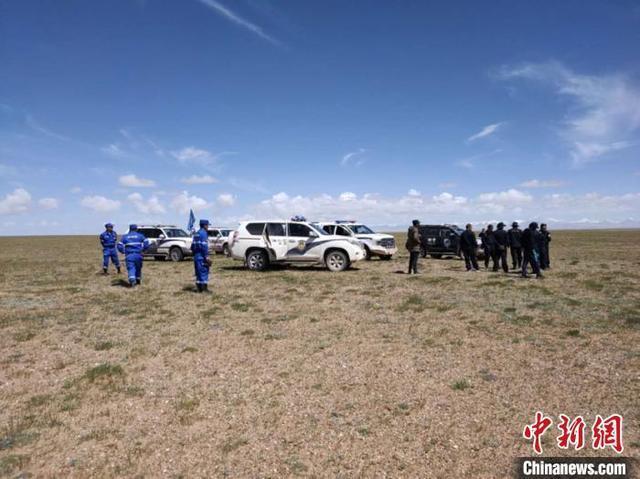 Police in Golmud, Qinghai province, said on Saturday that DNA testing has confirmed that bone tissue discovered in the Hoh Xil Nature Reserve belonged to a female college student who had been reported missing since early July.

The Golmud public security bureau said police found an ID card, student card and other items belonging to the missing student, Huang Yumeng, in a depopulated area on the south side of the Qingshui River in the reserve.

Police also discovered bone tissue at the site and confirmed Huang's death after comparing the tissue's DNA with that of her parents. Homicide was ruled out after preliminary investigation.

"Our preliminary judgment is that the missing girl tried to commit suicide when she arrived in Hoh Xil," said Xie Wenlin, chairman of Lantian Emergency Rescue Center in the Haixi Mongolian-Tibetan autonomous prefecture in Qinghai.

"Her belongings found at the site, including some of her clothes, had no blood on them. She might have taken sleeping pills to induce a coma. One of the main causes of her death might have been high-altitude hypoxia and the extreme cold weather at night in Hoh Xil."

Hoh Xil, which covers 4.5 million hectares of the Qinghai-Tibet Plateau, has a large depopulated area, fierce wild animals and extreme weather that pose great danger to even experienced adventurers.

Qinghai, Jiangsu and Sichuan provinces, as well as Tibet autonomous region, had sent more than 100 police officers to search for Huang, but looking for a single person in the area was like "looking for a needle in a haystack", according to police in Nanjing's Jiangning district in Jiangsu.

The case is still under investigation, the Golmud police said.

Huang, 24, was a senior at Nanjing University of Aeronautics and Astronautics in Nanjing. She traveled to Golmud alone after failing to graduate this summer.

She arrived in Golmud from Nanjing, about 2,700 kilometers away, on July 5 by train. She then took a taxi on July 7 to Hoh Xil and told the taxi driver that she would stay in a tent that she carried with her to the nature reserve.

One of Huang's teachers reported her missing on July 8. Police later discovered that she had visited many tourist attractions in the area before July 13. Her ID card information was recorded at a toll station with no surveillance cameras on a road connecting Golmud to Tibet on that day. There had been no trace of her since then.

In an open letter to the public on Saturday, Huang's father said that he and Huang's mother were devastated.

"Children are gifts given to us by heaven," he said in the letter. "Cherish them, love them and protect them to stop similar tragedies from happening again."