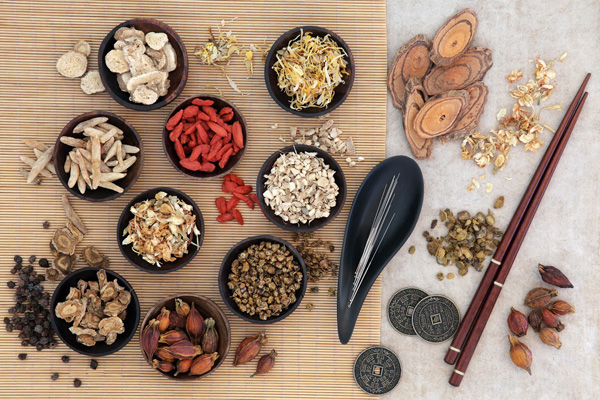 When the Double 12 online shopping festival arrived on Dec 12, black sesame pills and other innovative Chinese medicines of Huqingyutang, a centuries-old pharmacy, sold like hot cakes on its official store on the shopping website Tmall.

Founded in Hangzhou, Zhejiang province, in 1874, the pharmacy is among the world's longest-running TCM establishments and famous for its high-quality products and customer loyalty.

The pharmacy set up its e-commerce branch in 2010 selling products on Tmall, JD and other online platforms. The pharmacy's Double 12 turnover exceeded the 12.28 million yuan ($1.75 million) earned through online channels on Nov 11, the Double 11 shopping festival.

"The revenue brought through the online platforms accounts for 30 percent of our total, and we plan to elevate our online sales to half of the total sales within a few years," said Liu Jun, chairman of Hangzhou Huqingyutang Group.

Besides Huqingyutang, other renowned TCM brands, including Tongrentang in Beijing, have also been exploring online sales channels in recent years. The online turnover of Tongrentang exceeded 400 million yuan in 2017.

Pianzaihuang, another major brand, based in Fujian province, has invested 9.8 million yuan to establish its own e-commerce company to expand online sales channels.

Zhang Mofan, a makeup blogger with more than 10 million followers on Weibo, said young people are paying more attention to TCM, while an increasing number of traditional domestic brands are seizing the opportunities provided by the internet.

A total of 45 international standards for TCM have been issued by the ISO/TC249, a technical committee within the International Organization for Standardization.

TCM has spread to 183 countries and regions, with registered medical products in countries including Russia, Singapore and the United Arab Emirates.

The government has signed cooperation agreements with over 40 countries, regions and international organizations on TCM, while hundreds of TCM schools can be found in more than 30 countries and regions.