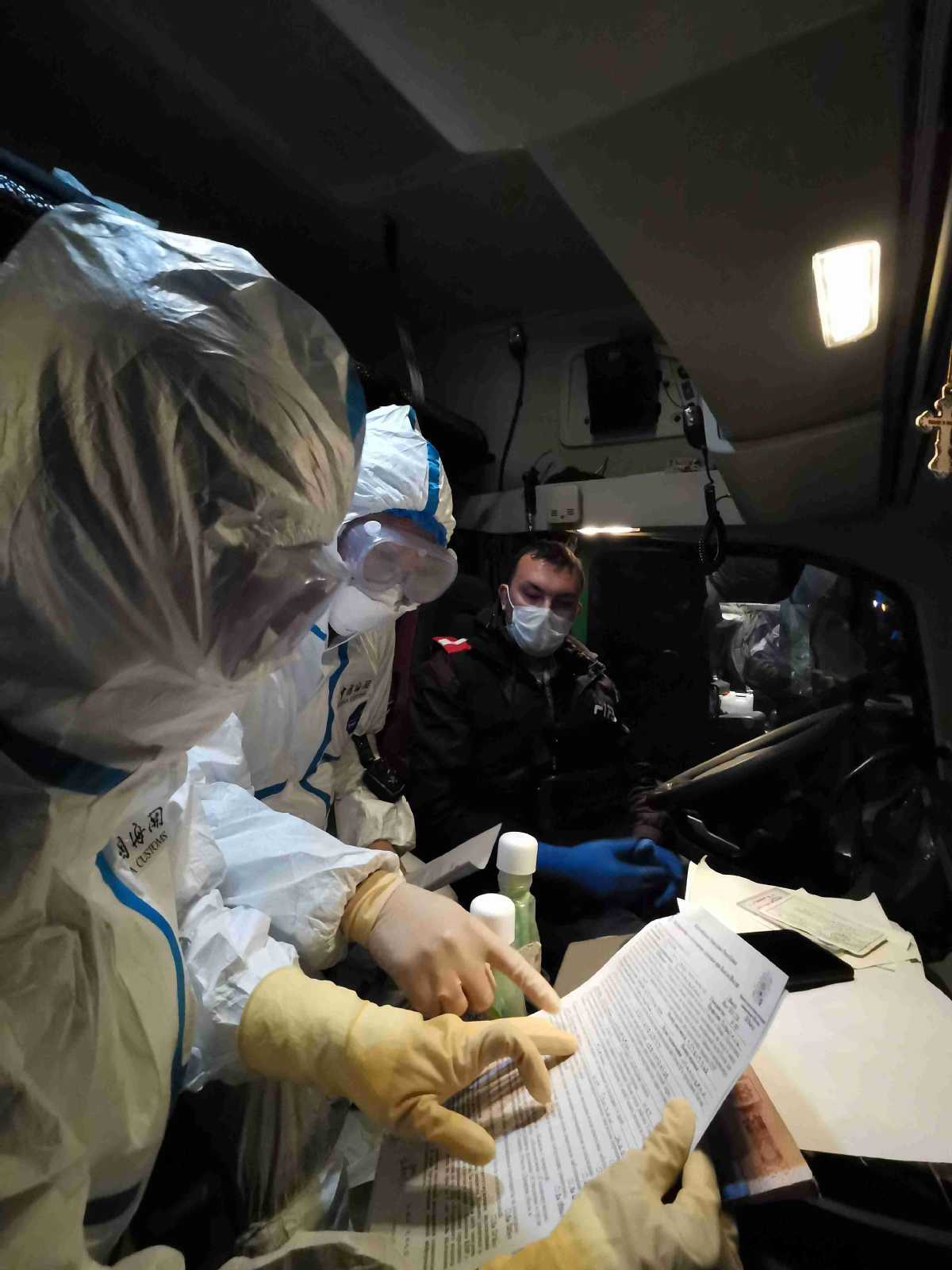 Customs officials show a motorist how to fill in his health declaration after he crossed the China-Russia border on April 6 at Manzhouli, in the Inner Mongolia autonomous region. (Photo: China Daily)

Manzhouli, a city on China's border with Russia, has enhanced its medical capabilities and epidemic control measures to cope with COVID-19 cases imported from Russia over the past few days.

The city, in the Inner Mongolia autonomous region, is China's largest border crossing. It reported 71 imported cases since its first about a week ago up to Monday morning, according to the local health commission.

The 340-bed hospital is due to open on Tuesday, and more beds will be added in the following days.

Zhao Yunpeng, head of the city's health commission, said Manzhouli has arranged three designated hospitals with a total of 600 beds for COVID-19 patients, suspected cases and people with fever.

For screening, all arriving passengers from foreign countries will go through health checks and be quarantined.

Medical workers who have participated in prevention and control work related to imported cases are under closed-cycle management, so that cross-infection can be averted.

Furthermore, five medical teams consisting of 118 staff members have been sent to Manzhouli from Hulunbuir.

Manzhouli temporarily barred entry to passengers from the Russian city of Zabaikalsk on Wednesday night after the number of people entering China increased sharply and the city's quarantine and testing capacity was put under great pressure.

Suifenhe, in Heilongjiang province, another city bordering Russia, has experienced a similar situation.

As of Monday, it reported at least 243 confirmed COVID-19 cases from Vladivostok, Russia, according to the Chinese consul general in the city.

National Health Commission spokesman Mi Feng said on Monday it had sent medical teams to the city to assist its epidemic control efforts.

The city has received some medical supplies after it called for donations, the Beijing News reported. But protective suits, medical masks and ventilators are still in short supply, the report said.

Zhou Huiying in Harbin contributed to this story.