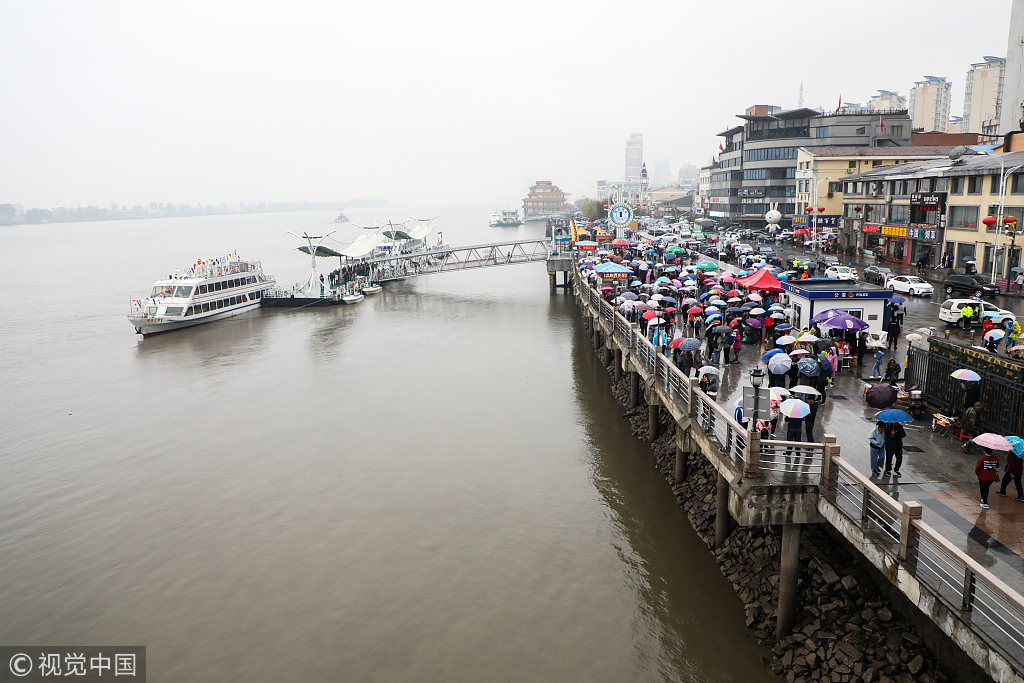 Business-people in a Chinese city on the border with North Korea are cautiously optimistic about opportunities arising alongside their neighbor's plans to prioritize economic growth.On the streets of Dandong, opposite the North Korean city of Sinuiju, people are talking about how Dandong might change if economic exchanges begin with North Korea.  North Korean leader Kim Jong-un has pledged to work toward complete denuclearization and make economic growth the country's top priority."If North Korea can truly try to develop its economy and increase trade with China, Dandong will hopefully see an economic boom thanks to its strategic location in Northeast Asia," said a Dandong-based economic observer surnamed Long. "Considering the positive situation, the opening of the new Yalu River Bridge linking Dandong's new city area and North Korea's Sinuiju might be placed on the agenda in the near future," he said. "Then Dandong will develop into a trading city with convenient logistics."Another Dandong businessman was also excited by the potential after working for about 15 years in the mining industry in Pyongyang, capital of North Korea."Many investors are paying close attention to North Korea's economic situation," said the businessman. He asked not to be named because of the sensitivity of the situation. "A friend of mine came to Dandong two days ago and sought advice about doing an import-export business with North Korea," he said. Of all Chinese border cities, Dandong is closest to North Korea, amassing about 70 percent of China-North Korea trade.According to the city government's 2018 work report released in January, Dandong will boost the development of Guomen Bay China-North Korea border trade zone and promote upgrading and opening-up of the port.Even before the emergence of any substantial change, Dandong's housing prices have soared. The developer of a community near the zone, Guomen Bay Tech Hardware City on Sunday told salespeople to raise prices another 400 yuan a square meter, saying "follow the market trend."  Economic sanctionsDespite the positive expectations, most business-people interviewed by the Global Times adopted a wait-and-see attitude toward investment opportunities in North Korea, knowing that UN sanctions will remain in force for some time. Many Dandong trading companies changed businesses or closed down after UN sanctions were introduced last year. Long, the economic observer, said that one of his friends used to work at such a firm earning 6,000 yuan a month, a high income in Dandong. He was forced to leave the industry last winter because of the border trade slump, he noted. Other companies' losses in North Korea's special economic zone over the last decade also make the more experienced business-people hesitate.  Collecting overdue receivables is a headache in Pyongyang, given the country's planned economy, he said. "Over there I usually drive myself to the local companies to collect receivables. Sometimes when you try your luck, they pay you back a little." Chinese investor confidence depends on North Korea, said Lü Chao, a research fellow at the Liaoning Academy of Social Sciences. "If North Korea, as it has said, focuses on developing the economy, it will definitely comply with international rules in attracting foreign investment. Then the country's investment environment may see improvement," he said.