LHASA, May 29 (Xinhua) -- The Zham-Tatopani Border Port, which was closed due to a devastating earthquake in Nepal and some parts of Tibet in 2015, reopened Wednesday. 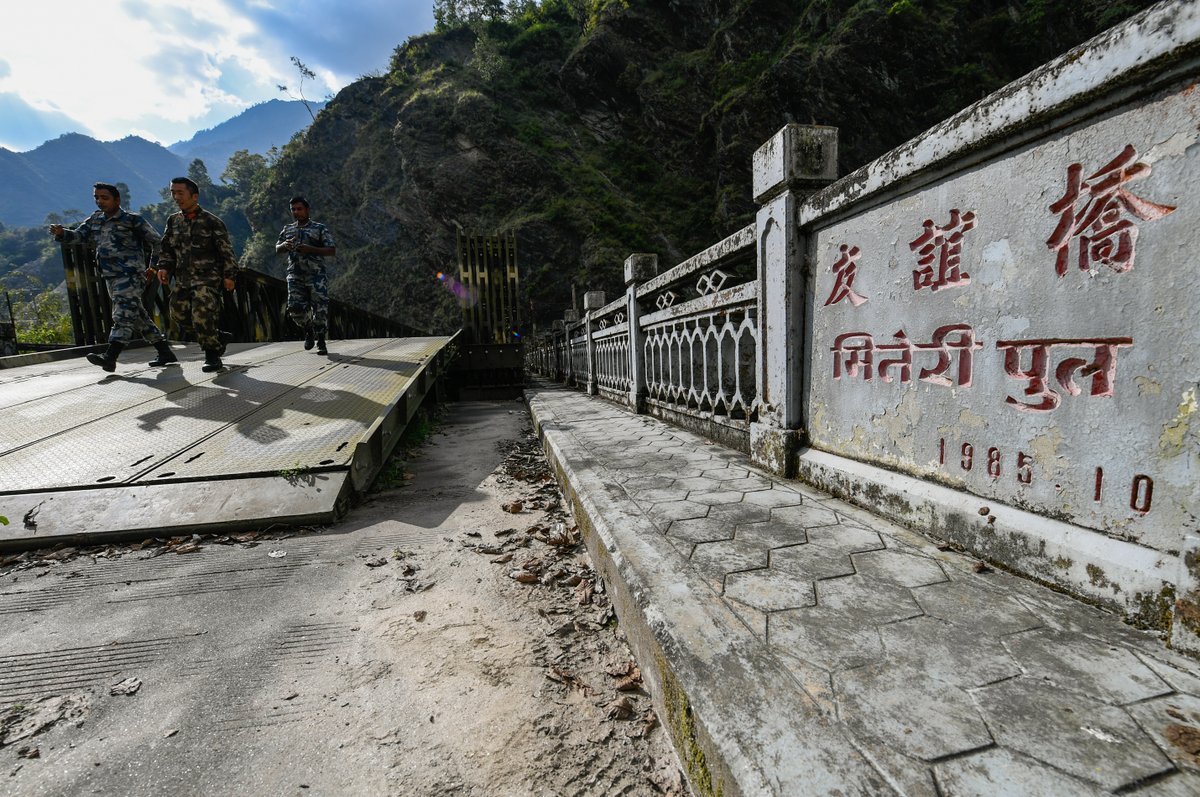 The reopening ceremony was held Wednesday in Nyalam County in southwest China's Tibet Autonomous Region. Officials and representatives from the Chinese side and Nepalese side attended the ceremony.

"China and Nepal will continue to strengthen cooperation to ensure the safety and operation of the port and roads, and constantly improve the infrastructure conditions around the port, and bring new vitality to this lifeblood linking the two countries," said Hou Yanqi, the Chinese ambassador to Nepal.

Qizhala, chairman of the regional government, said as a major gateway for China's opening to South Asia, and the gateway connecting Nepal and the inland areas of China, Tibet would actively participate in the construction of the Belt and Road Initiative and strengthen and promote exchanges and cooperation in various fields.

Phurjung Tsering, in charge of a Tibet-South Asia courier company, witnessed the reopening of the port. "We hailed the resumption of the port and will actively promote economic and trade exchanges between China and Nepal, to benefit the people of the two countries."

An earthquake struck Nepal and some parts of Tibet on April 25, 2015, and destroyed roads and bridges linking China and Nepal, which severely impacted bilateral trade, cooperation and people-to-people exchange between the two sides.

"The Chinese government, at all levels, has invested enormous manpower and materials in rebuilding the port. The Chinese side has made great efforts to deal with post-disaster damages, roads and port restoration, water conservancy project construction, and assisted project construction in Nepal. And the Nepalese side has also worked closely with us and offered support to various projects," said Zhang Jiwen, deputy administrator of the General Administration of Customs of China.

"It is indeed an important day in Nepal-China relations. ... Tatopani-Zham port is a lifeline of our economy. Though the reopening of this port today is limited to cargo handling only, we believe that it will be operational for the movement of people as well," said Matrika Prasad Yadav, Minister for Industry, Commerce and Supplies of Nepal.

"It is admirable for China to overcome the problem of geological disasters and complete the project in such a short period, and I thank the Chinese government and their people," said Kemar, a Nepalese truck driver.

Zham-Tatopani Border Port is located in the high mountains and gorges, where natural disasters happen frequently.

Li Zhaoping, director of the port management office of Tibet, said until the end of 2019, only general trade and small-scale border trade are allowed to pass the port during the trial operation period.

"If the trial operation is successful, general trade and small border trade can be carried out on a regular basis. And after ensuring the geological conditions of the port are stable and safe, other functions will be restored gradually in due course," Li added.