CHINA Boy abducted in 2005 reunites with family; hunt for intermediary goes on

Boy abducted in 2005 reunites with family; hunt for intermediary goes on 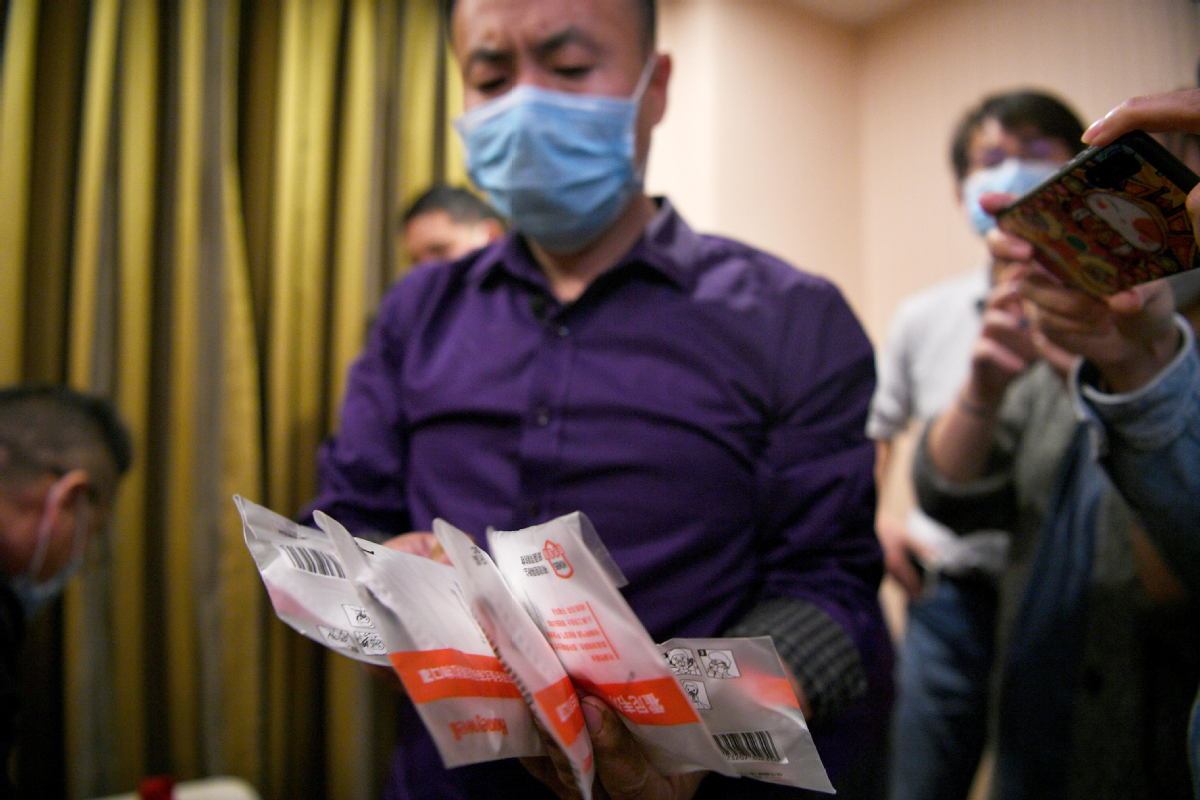 Shen Junliang displays face masks he prepared on Friday for his son, who was abducted in 2005. [Photo by Zhou Wei/for China Daily]

A boy who was abducted and sold more than 15 years ago was reunited with his birth parents in Guangzhou, Guangdong province, on Saturday night.

Li Guangri, deputy director of the city's Zengcheng district public security bureau, confirmed that police found Shen Cong in Meizhou, Guangdong, in January and the boy was reunited with his biological father, Shen Junliang, and mother in the district on Saturday.

"Shen is healthy and a very sunny boy. He likes playing basketball," Li told a news conference in Guangdong on Saturday. He said he met Shen before the news conference.

Li said police had spent a lot of manpower and material resources in the search for Shen Cong over the years, but he did not offer details.

Shen Junliang said he expressed his heartfelt thanks to the police for helping him find his son.

He said his son, who is about 1.7 meters tall, had a good life in his adopted family, and he is well-educated and spoke politely. "But Shen Cong is still a minor, and I hope his pictures and videos won't be released or published excessively because that would not be good for his future growth," he told reporters. "I hope my son can live a normal life like other ordinary children in the future."

Shen Cong's purchase and adoption were the work of his adoptive father's father, who died six years ago. Li said Shen's adoptive father was working outside the city when Shen was brought to his home.

"Therefore, police still have to make great efforts to investigate the case to its fullest extent in the coming months," he said.

He promised police would continue to spare no effort in fighting child abductions and related crimes.

Li said police had detained a suspect surnamed Zhang after cracking down on another child abduction case in 2016.

Li said that after Zhang was detained, he admitted his gang had sold several children via a female intermediary in past years.

Zhang also admitted that his gang had broken into Shen Junliang's house and taken away his 11-month-old son after tying up his wife while the father was away in early 2005. Zhang said the boy was later sold via the intermediary for 13,000 yuan ($1,875), according to police sources.

The Guangzhou public security bureau quickly posted a reward for the intermediary's capture following Zhang's confession, but she has yet to be found.

Shen Junliang and his wife, both migrant workers from Henan province, quit their jobs after their son was abducted. But they failed to find him after traveling to Guangzhou, Shenzhen, Zhuhai, Foshan, Zhongshan and other major cities in Guangdong over the years.