CHINA Boy's severed arm saved by efforts of many in Xinjiang

Boy's severed arm saved by efforts of many in Xinjiang

By Xing Wen and Mao Weihua in Urumqi | China Daily 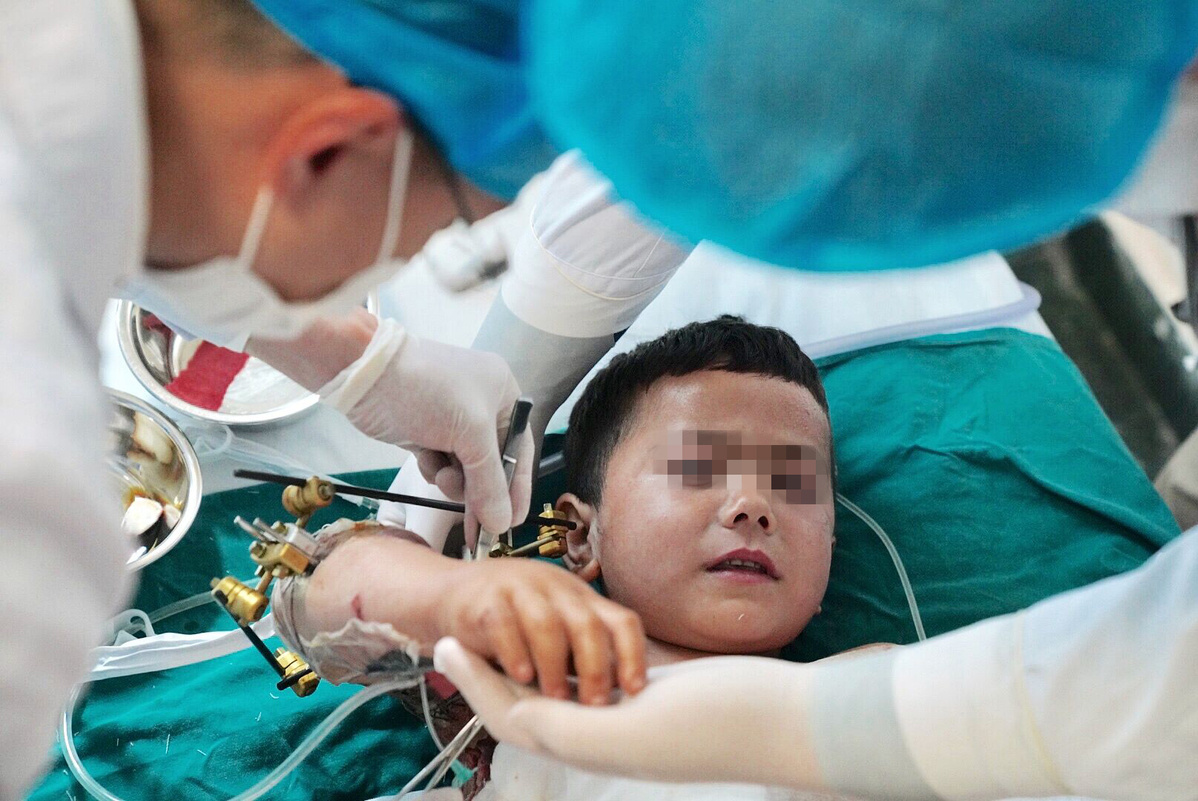 Doctors treat a boy who had his arm reattached at the affiliated TCM hospital of Xinjiang Medical University in Urumqi, Xinjiang Uygur autonomous region, on May 4. (Photo: China Daily)

A news conference was held by the Xinjiang Uygur autonomous region on Tuesday to commend doctors, police officers and other people that helped to save the severed arm of a 7-year-old boy a few days ago.

On the afternoon of April 30, the Uygur boy's right arm was cut off accidentally by a tractor mechanism in Hotan prefecture's Kumairik village. Surgery was required within eight hours to save it.

Dozens of people in different positions in society made a coordinated effort to send the injured boy to the hospital of traditional Chinese medicine affiliated with Xinjiang Medical University in Urumqi to have surgery to reattach and repair the arm. The last flight to Urumqi — China Southern Airlines Flight CZ6820 — was stopped on the runway and sent back to the terminal pick up the boy. He arrived at the hospital in time and his severed limb was successfully reattached. Broken bone fragments were realigned.

At the news conference, Arkin Rajap, a doctor at a local hospital in Hotan prefecture; Izhar Mamtimin, a police officer who escorted the boy's ambulance; Zhao Yan, the airliner's chief steward who cared for the boy during the flight; Li Li, an orthopedic surgeon at the TCM hospital who performed the operation; and a number of other people involved in the rescue were commended for their efforts.

Chen Quanguo, Xinjiang's Party secretary said the intensive rescue of the ethnic Uygur boy was extremely touching and showed that people from various groups in Xinjiang have a harmonious relationship and fully protected rights.