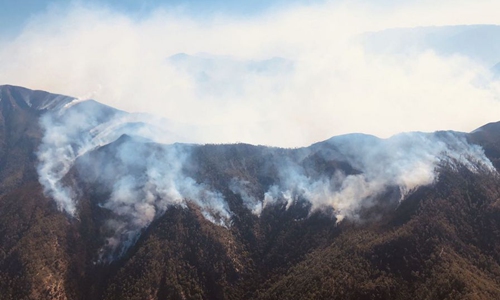 The forest fire that recently scorched about 270 hectares in southwest China's Sichuan Province might have been accidentally started by a boy with a lighter, local authorities said Sunday.

At around 2:00 p.m. on March 28, an 11-year-old boy in Muli County under Liangshan Yi Autonomous Prefecture used a lighter to ignite pine needles and branches to smoke a squirrel out of a hole, said the police.

The fire began to spread and finally broke out at 7:30 p.m. The provincial forest fire brigade sent over 600 professional firefighters to aid the local efforts.

The fire was put out on April 6.