CHINA Boycott Beijing Olympics? Experts say too much political risk for US to go that far

Boycott Beijing Olympics? Experts say too much political risk for US to go that far 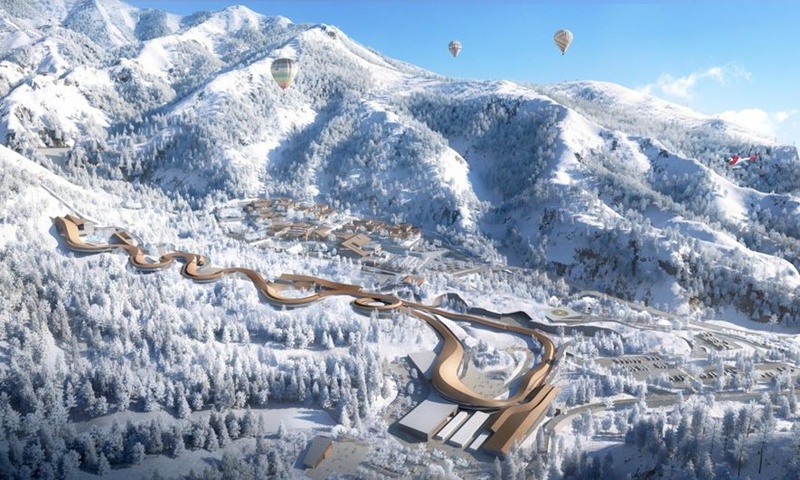 Although some US politicians and anti-China hawks are trying to hype the issue of a boycott against the 2022 Beijing Winter Olympics, the Biden administration remains cautious.

The call, based on rumors and stigmatization of "human rights violation" about China's Xinjiang, began a few months ago among Western countries, but no Western government has formally submitted to such political pressure and launched a boycott.

The official position of the Biden administration is key to showing the stance of the West.

Lü Xiang, a research fellow on US studies at the Chinese Academy of Social Sciences, told the Global Times on Wednesday that "the excuse for the boycott is false. China has released more and more facts to respond to the stigmatization."

"Two or three months later, those Westerners who are keen to stigmatize China will get bored, and their lies will become even less convincing. Not many countries would follow the US, if it really tries to boycott the game," Lü said.

Recently, China has invited more and more foreign diplomats and delegates to visit Xinjiang as a measure to counter the rumor offensives launched by the Western media, non-governmental organizations and politicians.

Many countries, including major Muslim countries in the Middle East like Iran and Saudi Arabia, have refused to follow the groundless accusations by the West that claim China has carried out "human rights violations" against Uygurs in Xinjiang.

To persuade liars is not the job of the victim of stigmatization or "big lie diplomacy," said Lü, adding that "if the US and a few countries dare to boycott the Olympics next year, China doesn't need to waste time to change their minds. They will find themselves isolated in the international community, and the athletes of their countries will be the victims. The boycott will also be criticized by the International Olympic Committee, and will be seriously retaliated against by China."

Chinese experts said the US is also unable to convince its allies to join the boycott. According to Reuters, Japan is not in talks with the US on a possible boycott of the Beijing Winter Olympics, top government spokesman Katsunobu Kato said on Wednesday.

China has voiced its support for Japan on the Tokyo Olympics this year and is willing to provide vaccines.

Lü said that many European countries are also unwilling to boycott the games because China is becoming a rising market for winter sports products, and most major makers of such products are from Europe and North America. Western decision-makers are unlikely to abandon these interests only because of the lies about Xinjiang.

Some US scholars such as David Lampton, professor and director of China Studies at the Johns Hopkins School of Advanced International Studies, also believe the boycott is not a good idea.

In a recent article in Newsweek headlined "Don't Boycott Beijing's 2022 Winter Olympics," published on February 16, Lampton said the US was unable to get every ally to support its boycott of the Soviet Union's Moscow Olympics in 1980.

"Given the modern realities of Chinese global economic integration, today we can expect much more resistance to the boycott idea. Washington could well find itself the majorette for a marching band that is going in an entirely different direction," he wrote.

In 2008, anti-China forces like some Western politicians and Tibet separatists tried to play the same trick to boycott the Beijing Olympics, but eventually, they failed.

"Most major states will participate in the 2022 Winter Olympics… One key difference between now and 2008 is that today's China feels much stronger diplomatically and economically than it did more than a decade ago," wrote Lampton.