The Global Times has learned that as the host country of the 2022 Beijing Winter Olympics, China never plans to invite US and Western politicians who hype the "boycott" topic to attend the Games and experts said that their so-called boycott is nothing but self-deception. 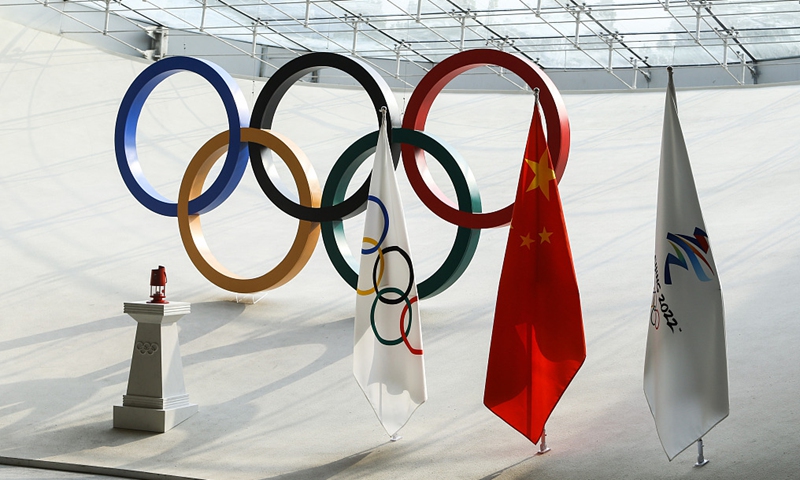 Recently, some politicians in the US and Western countries have been hyping the boycott of the Beijing Winter Olympic Games, citing what they called human rights concerns. However, in accordance with the Olympic rules, for politicians to attend the Games they must be invited by their own countries' Olympic committees first and the final decision relies on the International Olympic Committee (IOC).

The Global Times has learned that as the host country, China has no plan to invite politicians who hype the "boycott" to attend the Beijing Games.

Given the stern situation of the COVID-19 pandemic globally, it is not proper to invite foreign guests on a large scale, which can be easily understood by people with common sense, analysts said.

Due to the COVID-19 pandemic, fewer world leaders attended the opening ceremony of the Tokyo Olympic Games, the lowest number on record for the recent Olympics, the Japan News reported.

China aims to present a "simple, safe and splendid" Olympic Games with athletes playing the main role. The success of the Beijing Games depends on the excellent performances of the athletes and the shining of the Olympic spirits. It has nothing to do with whether some anti-China politicians from the US or Western countries will attend, analysts said.

They noted that the Beijing Olympic Games may be more extraordinary without these politicians who have done no good but to politicize the Games. The US and some Western politicians' politicization of the Olympics is what the international community should boycott.

Chinese Foreign Ministry spokesperson Zhao Lijian told a press conference on Friday that athletes and national committees' eagerly signing up for the Beijing Winter Olympics is a sharp contrast to some US and Western politicians' hyping of the "boycott."

According to data from the Beijing Organizing Committee for the 2022 Olympic and Paralympic Winter Games, as of November 17 it had received more than 14,000 applications for registration from countries including the US, Australia and European nations, with 1,528 from the US Olympic Committee, Zhao told the press briefing.

China firmly believes that under the guidance of the Olympic spirit, more people will oppose politicization of the Olympics and firmly support the Beijing Winter Olympic Games. China will work with the IOC and every country to present a "safe, simple and splendid event," Zhao said, noting that all political tactics that go against the Olympic spirit will die down and the Olympic flame that represents peace and love will burn in the National Stadium.

The IOC and Olympic committees from many countries as well as athletes are opposing the hyping of the "boycott" of the Beijing Games, saying this political stance hurts interests of the IOC, athletes and Olympic spirit.

Dick Pound, the longest serving member of the IOC, told CBC News Network's Power & Politics in February that countries should resist calls to boycott the 2022 Beijing Winter Olympics because it does nothing but hurt athletes.

"Our athletes ... traveled last season in very difficult circumstances around the world during COVID without vaccine then, so they had to be very health conscious. But all of them took it very seriously because they wanted to qualify to go to Beijing," said the former aerial skiing coach who has been to seven Olympics since Lillehammer in 1994.