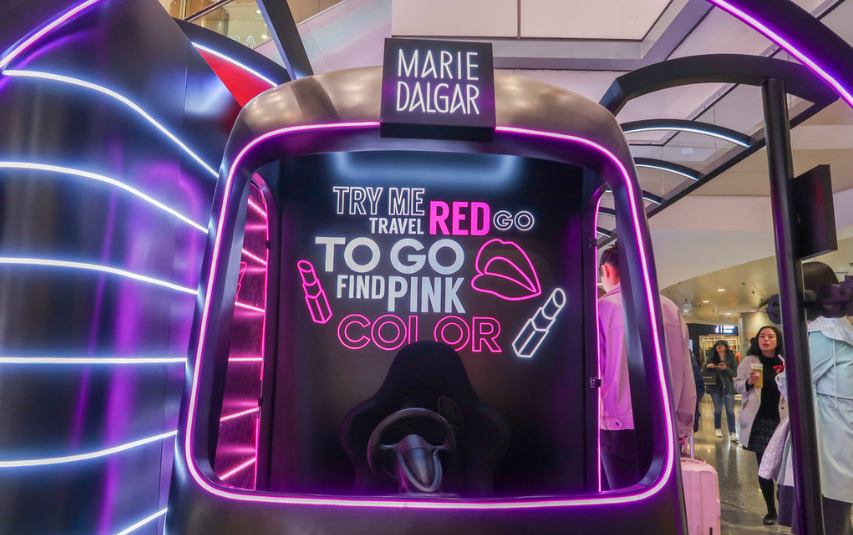 Cui Xiaohong used to be an engineer working for a lighting company in Foshan, Guangdong province. But in 2006, when she turned 33, she decided to swap her gray uniform for a more colorful world, and two years later founded the cosmetics brand Marie Dalgar.

Although global peers have penetrated deep into the Chinese market, in recent years this young cosmetics brand has seen annual revenue growth of 57 percent on average.

Every 15 seconds, it sells one stick of mascara, and its products were taken by French cosmetics retailer Sephora in 2017, through which Marie Dalgar reached global markets.

Explaining this quick growth, Cui said, "Advertisements are not effective in reaching consumers, but innovative products are, as they have helped our brand make direct and deep contact with our customers."

Jason Yu, managing director of global market research company Kantar Worldpanel, said Chinese goods have become the "new cool". The country's fast-moving consumer brands have been gaining market share from foreign competitors across most product categories in the domestic market for the past six years, he said.

Yu said, "Chinese brands, especially many dynamic young ones that we call 'insurgent brands', have seen great performances in niche markets due to high-quality products, healthy concepts and the individualized services they deliver."

The report also studied 46 insurgent brands that performed best in 33 subcategories and whose annual revenue growth exceeded more than 10 percent from 2015 to 2017. Some 67 percent of these brands grew at least twice as fast as their category average, although half of them only had annual revenues of between 100 million yuan and 500 million yuan ($14.6 million and $74 million).

For example, oral care brand Saky took only about four years to rise from 14th to second place in the domestic toothbrush market.

On Nov 11, for the Singles Day shopping festival, the sales of Chinese snack brand Three Squirrels reached 682 million yuan, 41 percent more than the previous year. The brand, founded in 2012, has ranked first seven times in its subcategory for the festival.