Brazil ties based on 'equality, respect' 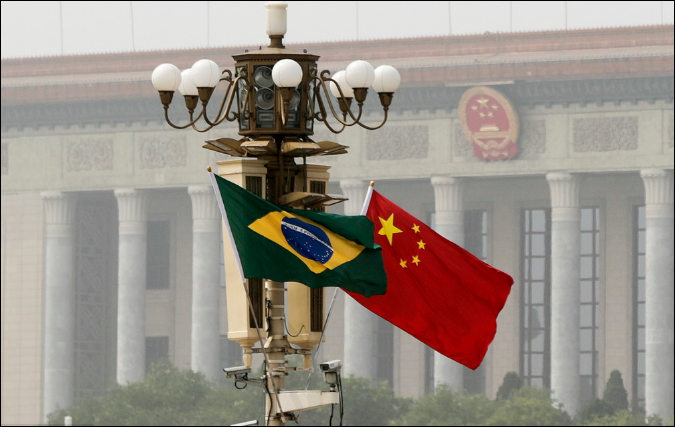 Brazil, a key emerging market economy, is fully aware of its own interests and does not need instructions from others, Foreign Ministry spokesman Lu Kang said on Thursday.

Lu's comment came after US Secretary of State Mike Pompeo contrasted the opportunities the United States could provide Brazil with those "from others who want to come to a country and make an investment not for commercial reasons but for political reasons".

Trump is seeking a "real opportunity, that is fair, that is reciprocal, that is conducted transparently. Not the same model that is used by some other countries in the world", Pompeo said when meeting on Wednesday with new Brazilian Foreign Minister Ernesto Araujo.

Some media reports said that Pompeo did not mention China by name, but clearly pointed to that country.

In response, Lu said China's cooperation with Latin American countries, including Brazil, is on the basis of mutual respect, equality and mutual benefit.

This type of relationship is not only in line with the interests of both sides, but also conducive to promoting the common interests of China and Latin American countries, he said at a regular news conference in Beijing.

Two-way trade volume between the two countries reached $87.54 billion in 2017, according to the Foreign Ministry.

The prospects for cooperation between the two countries will surely become better, Bolsonaro said.

Ji said the friendship of China and Brazil has become a model of relationship between major developing countries and South-South cooperation.