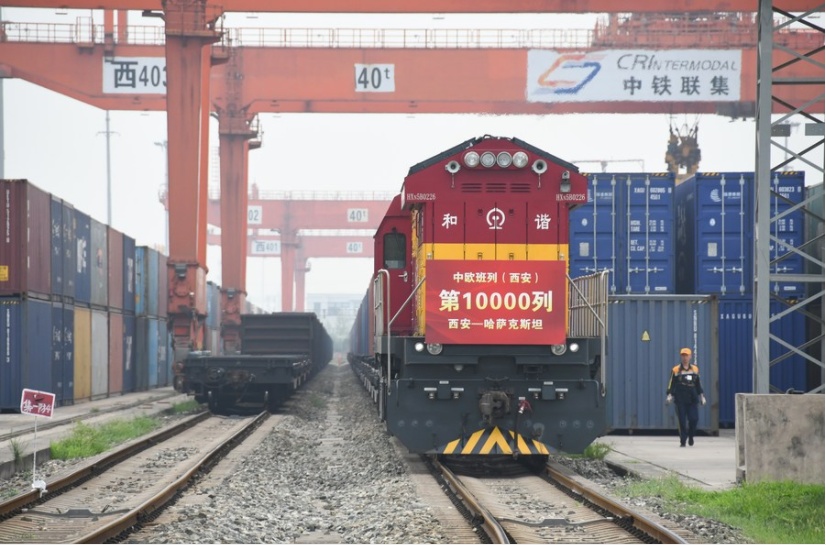 NEW YORK, Aug. 20 (Xinhua) -- There is a fulfillment of the United Nations (UN) Charter spirit in the Belt and Road Initiative (BRI), said a long-time member of the Schiller Institute, a Germany-based political and economic think tank.

The UN Charter affirms the equal rights of all nations, no matter big or small, said Richard A. Black, the Schiller Institute's representative at the United Nations.

The BRI is an exemplar of the way in which a big nation like China can cooperate with "nations across Southeast Asia, South America, Africa, and treat them as equal partners, because the process is win-win," Black told Xinhua in an interview on Friday.

Black also sees the BRI as the great up-lifter of nations out of poverty in the 21st century while the Article 55 of UN Charter outlines that the "conditions of stability and well-being" among nations demand "higher standards of living, full employment, and conditions of economic and social progress and development."

China's complete victory against absolute poverty is an astounding achievement for mankind and "it is one that I think is not appreciated enough at the UN organization," said Black.

Black noted that the Maritime Silk Road, one of the two arms of the BRI, is extremely important for world peace.

In the last weeks of tremendous turmoil and transition in Afghanistan, fertilizer has been coming into the port of Gwadar of Pakistan along the China-Pakistan Economic Corridor and making its way safely to farmers in Afghanistan, said Black.

"When we look at the Maritime Silk Road, it is a way of connecting the world land bridge through all the continents, a key component, and it is functioning quite well," Black said.

Chinese rebound in exports from the hit of the COVID-19 pandemic benefits from China's foresight in taking the long term approach embodied in BRI, according to Black.

The ability of China to bounce back so quickly after the horrendous pandemic, said Black, "was not only its very wise and strict public health measures applied universally to the population, but (also) that the basis of the BRI is very, very wise," said Black.

China's goods trade with countries and regions along the Belt and Road surged by 37.9 percent in the first half of 2021 year on year to reach 824.55 billion U.S. dollars, according to data issued by China's National Development and Reform Commission.

China has understood that the key to continued prosperity is advanced, energy-intense infrastructure, which transforms the entire economic process, added Black.