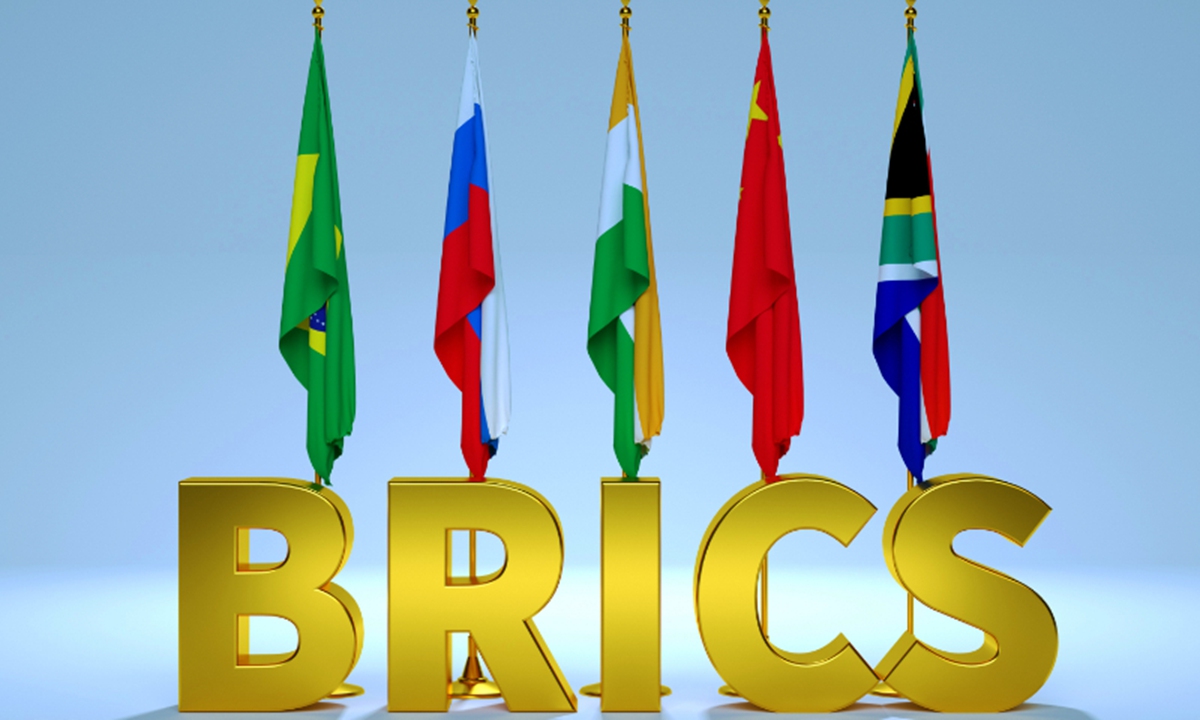 When Chinese State Councilor and Foreign Minister Wang Yi met with Russian Foreign Minister Sergey Lavrov, Indian External Affairs Minister Subrahmanyam Jaishankar and South African Foreign Minister Naledi Pandor in New York at the meeting of BRICS foreign ministers during the ongoing UN General Assembly, he stressed the need to work together in safeguarding the UN-centered global system in face of the impact of power politics and unilateral hegemony.

The BRICS countries should take the lead in safeguarding the UN-centered international system, jointly push the global order in a fairer and more reasonable direction. It is also necessary to focus on the long-term development and practical needs of BRICS countries and steadily advance the process of membership expansion, Wang said.

As the US-led West incites ideological confrontation and geopolitical tensions in a volatile world with disregard for the welfare of their people, emerging markets and developing countries, represented by BRICS member states, are becoming an important force in driving global economic growth and maintaining world peace, observers noted.

Also during the UNGA, the foreign ministers of India, US, Japan and Australia met on Friday in their first meeting as the Quad partners, according to media reports. They stressed the grouping's commitment to a "free and open" Indo-Pacific and opposed to any "unilateral actions that seek to change the status quo or increase tensions in the region," which some media described as a reference to China.

"In recent years, the global governance has faced severe challenges, especially after the Ukraine crisis. Under such circumstances, the role of BRICS in global security has become much more apparent and important," Feng Xingke, secretary general of the World Financial Forum and director of the Center for BRICS and Global Governance, told the Global Times in a recent interview.

Unlike the Quad - a mechanism led by the US to contain China based on a Cold War mentality and weaponizing economic cooperation, BRICS cooperation has always upheld the concept of mutual respect and always insisted on win-win cooperation and common development, which also serves as voices of emerging markets, experts commented.

Zhao Gancheng, a research fellow at the Shanghai Institute for International Studies, told the Global Times on Saturday "pseudo-multilateralism" refers to the camp confrontation led by the US based on Cold War mentality targeting other countries that they treat as an imaginary enemy, other than advocating real cooperation. The "pseudo-multilateralism" contradicts with the multilateralism guided by UN Charter and poses threat of breaking down the general trend of peace and development of the international situation.

The BRICS is a model for multilateralism where five member countries hold different ideological values, but always able to seek common cooperation based on common interests, despite of challenges, Zhao noted.

Also, more countries have expressed their willingness to join BRICS, for example, in addition to Iran and Argentina, which have officially applied to join. Saudi Arabia, Turkey, and Egypt have also signaled an intent to seek membership to the group, according to media reports.

With India taking part in both BRICS and Quad meetings, some Chinese experts considered it an example of New Delhi's diplomatic balancing strategy. But they believe that the benefits India can and will gain from BRICS are irreplaceable by those from other groupings or mechanism. Also, India has always avoided taking sides between major power in order to maintain its strategic independence, experts said.

India's participation in BRICS is to unite emerging countries in a struggle for the international political and economic order, bargain with Western developed countries and secure India's interests. Even if it has bilateral tensions with China, India will safeguard this mechanism, Long Xingchun, a senior research fellow with the Academy of Regional and Global Governance at the Beijing Foreign Studies University and president of the Chengdu Institute of World Affairs, said in a recent commentary piece published on the Global Times.

But Zhao noted that trying to walk on both sides of the streets would only create a narrower road ahead for India.

Over recent years, India utilized the fact that some Western countries have treated China as a main threat and challenge so as to meet its own interests, but India and the other Quad members have taken a different stance in dealing with the so-called China threat, Zhao said.

Member nations should stay vigilant as to whether India will become a spoiler under the BRICS mechanism in meeting the requirements of the US and Japan, he noted.