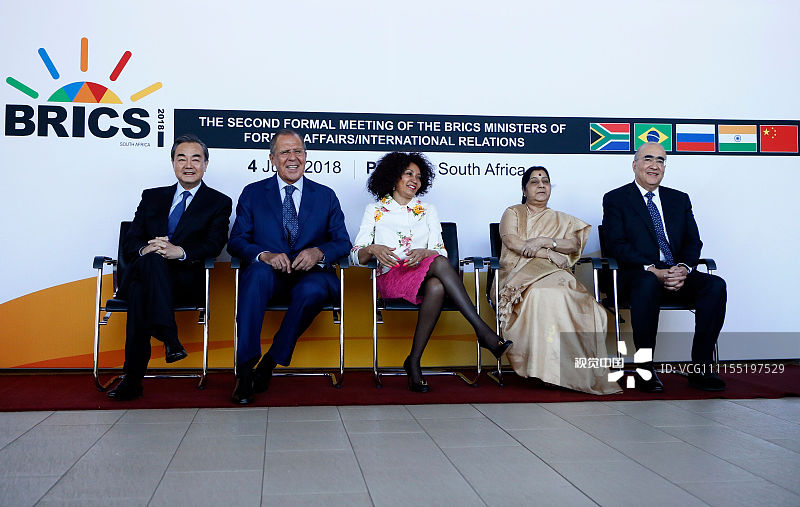 Lin made the remarks at a forum jointly hosted by the South African Institute of International Affairs and the Cape Chamber of Commerce and Industry.

China is looking expectantly to a future with marked improvement in the lives of the majority of the world's people who would be championed by the BRICS, the Chinese ambassador said.

As leaders from BRICS countries are set to meet in Johannesburg later this month for their 10th summit, Lin said the second golden decade of BRICS cooperation is an "important platform for win-win cooperation for common development."

He said China is trying to move the world into a direction that is guided by the principle of shared interests and a "shared future for mankind."

"The BRICS countries must send to the world a signal of justice, the rule of law, fairness and common interests," the ambassador said.

He said this would be done within the context of the "second golden decade of cooperation" in which China is ready to work with the international community for a better, shared future, within "a global governance regime that is just and equitable."

The ambassador pointed out that the current international situation has gone through profound changes, as certain superpowers have been pursuing unilateralism, protectionism and self-interest. Faced with such a complicated situation, enhancing BRICS cooperation is particularly important and essential, he said.

The ambassador also talked about the significant advances achieved by his country, the immense possibilities for infrastructure development on the continent and the specific ties that bind China and South Africa together.

Reflecting on China's relationship with Africa, Lin said that there were "no empty promises" in this relationship, which is concretely tied to 10 major plans underwritten by the Chinese government.

He cited the example of Ethiopia, where a railroad and an industrial development corridor, built with the help of China, have contributed to the African country's gross domestic product growth of 10 percent over four years.

Lin said China has become South Africa's largest trading partner over the last nine years, and his country has a positive outlook on the prospects for South Africa's development.

The ambassador also said that there is vast opportunity for economic cooperation with South Africa in numerous sectors.

China and South Africa have great potential for strengthening relations, he said.

"We need each other and we have to respect each other for win-win cooperation for common development," he said.