The construction of a Miyue Bridge in Jingzhou, Hubei Province was suspended, though the suspension order can be tracked to early 2018, after 36 rare Chinese sturgeons were found dead. 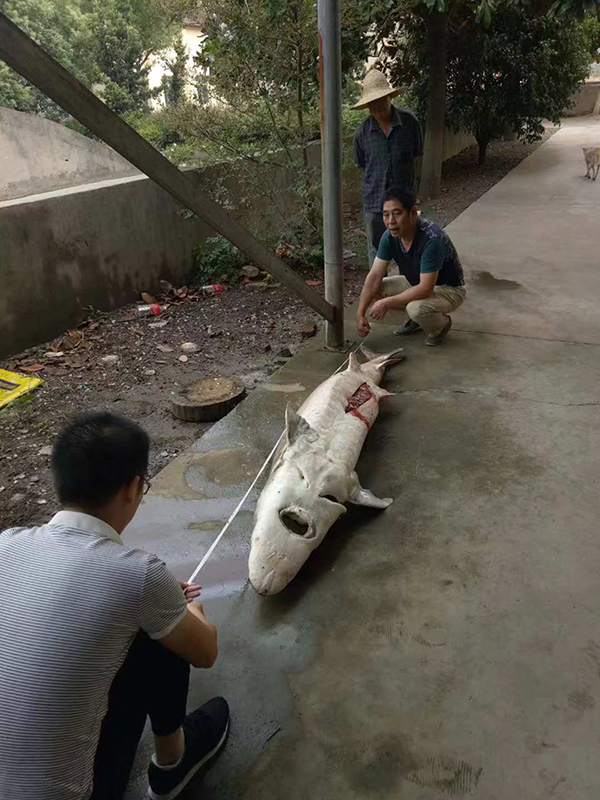 The bridge contractor hired by Ji’nan Ecological Cultural Tourism Zone drained up part of the surrounding waters of a sturgeon breeding base during the construction, which resulted in sturgeon deaths, according to a joint report released by the supervisory office of Ministry of Agriculture and Rural Affairs on the Yangtze River basin and the Agriculture Department of Hubei Province. 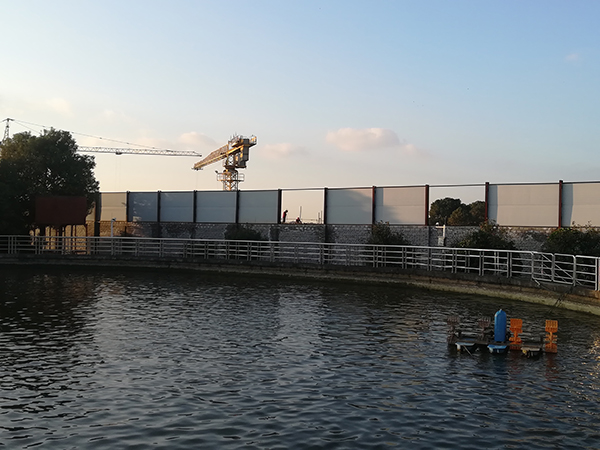 The photo shows the largest breeding pond of the breeding base and the construction site is on the other side of the wall.

In a letter drafted in September by Hubei bureau of aquatic products to Jingzhou Municipal Government, the noise, shake and water quality deterioration caused by construction contributed to the deaths of sturgeons.

The bridge construction as well as the sturgeon breeding were ordered suspended. And a joint team arrived in Jingzhou on Monday to investigate the area, the report said.

Hengsheng Industry Limited Company, the owner of the sturgeon breeding base, was deprived of its right to land acquisition. A team will be supervising the company’s work to prevent future sturgeon deaths.

The tragedy could have been avoided if the bridge construction and sturgeon breeding were suspended in early 2018, the report said.

The Chinese sturgeon, also known as Acipenser sinensis, has been classified as "China's Class One Protected Animals" since the 1970s. It is also called a "national treasure" much like its mammal counterpart, the giant panda.

China has several conservation programs, including reserves specifically aimed at this species and restocking in the Yangtze River.