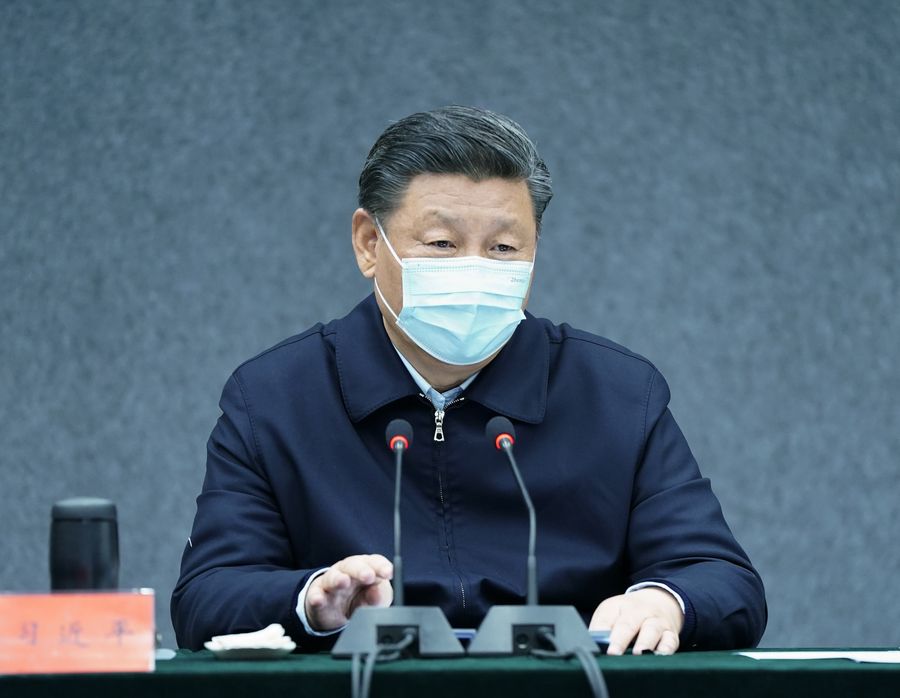 President Xi Jinping chairs a symposium at the School of Medicine at Tsinghua University in Beijing, on March 2, 2020. (Photos: Xinhua)

BEIJING, Aug. 11 (Xinhua) -- On April 24, 1970, a young man in Liangjiahe, a village in northwest China's Shaanxi Province, was excited to get the news that China successfully sent its first satellite Dongfanghong-1 into space.

The young man, Xi Jinping, later became Chinese President. On May 15, 2021, Xi, also general secretary of the Communist Party of China (CPC) Central Committee and chairman of the Central Military Commission, extended congratulations on the successful landing of China's first probe on Mars. He called for making new and greater contributions to exploring the mysteries of the universe and promoting the noble cause of peace and the development of humanity.

Stressing the importance of sci-tech innovation in building a moderately prosperous society in all respects, Xi once noted that "We must blaze a new trail and rely on innovation to drive growth."

Xi noted that satisfying people's longing for a better life should be the foothold of sci-tech innovation, the goal of which should be to benefit, enrich and improve people's lives.

Since the outbreak of COVID-19, Xi has put forward new requirements for sci-tech innovation. China clearly stated that people's lives and health should be the top priority in the fight against the virus.

Last March, Xi visited the Academy of Military Medical Sciences and Tsinghua University in Beijing. He said that COVID-19 research must be taken as a major and pressing task, calling for accelerating its progress and overcoming major difficulties in epidemic prevention and control at an early date.

"Science and technology are the most powerful weapons in humanity's battle against diseases," Xi said. "Mankind cannot defeat a major disaster or epidemic without scientific development and technological innovation."

At the call of Xi, experts and professionals from various fields and disciplines in the country worked around the clock to build a tight "safety net" for more than 1.4 billion Chinese people and injected confidence into the global fight against the pandemic.

One year later, China promoted the largest scale of vaccination against COVID-19. China's COVID-19 vaccines have been approved for use in more than 100 countries and regions worldwide.

Chinese people have been benefiting from the sci-tech achievements and innovation initiatives since the country further increased the support of sci-tech in improving people's livelihood.

When visiting a tea farm during his inspection trip to east China's Fujian Province in March, Xi stressed more efforts in implementing the arrangements to dispatch technical professionals to rural areas to help with local development.

Hundreds of thousands of technical professionals had participated in China's poverty alleviation efforts. The country in February declared a "complete victory" in eradicating absolute poverty. 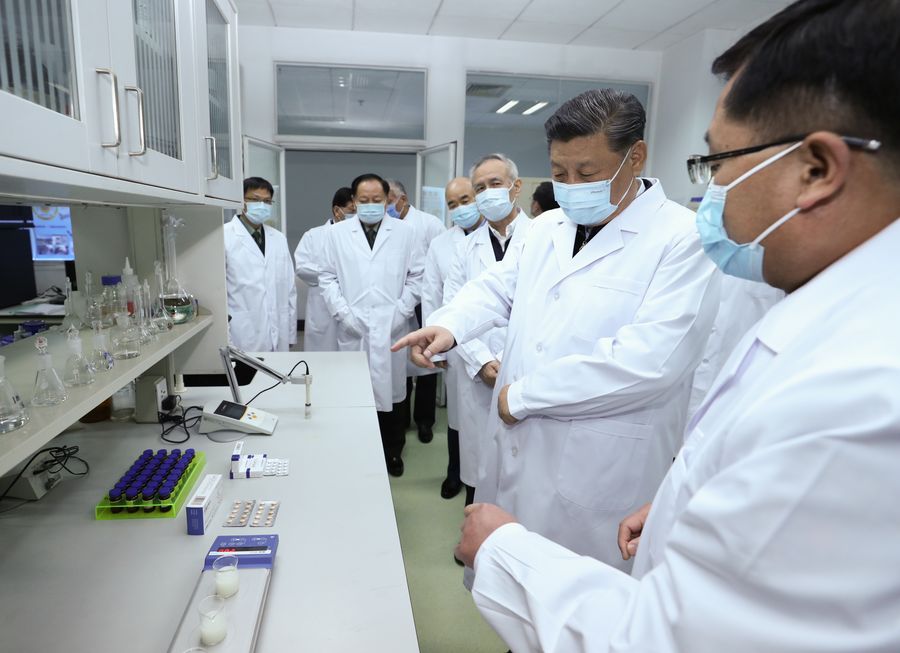 Xi wrote back to the elder scientists who participated in the Dongfanghong-1 mission, as the 50th anniversary of the successful launch of the country's first man-made satellite approached last year.

In the letter, Xi said he is deeply moved that the participants of the Dongfanghong-1 mission have devoted their youth to the space cause and still care about the future of China's aerospace industry in their old age.

From older generation scientists to outstanding scientists after the founding of New China, Xi has mentioned many names on many occasions. Sci-tech innovation is inseparable from talents.

China cannot ask for, buy or beg for core technologies in key fields, noted Xi in 2018 while addressing China's academicians.

He called on researchers and engineers to establish a strong sense of responsibility and self-confidence to innovate.

Lu, who became a professor at the University of Science and Technology of China at 28, wishes that China would stand on top of quantum science one day.

While presiding over a group study session of the Political Bureau of the CPC Central Committee last October, Xi stressed the importance and urgency of advancing quantum science and technology.

He called for strengthening strategic planning and the systematic layout for the development of quantum science and technology, as well as grasping the general trend and playing good first moves.

Last December, Lu and his team built a quantum computing prototype "Jiuzhang," via which up to 76 photons were detected. The achievement marks China's first milestone on the path to full-scale quantum computing.

China has been building its sci-tech team and optimizing its talent structure. A group of leading talents and innovation teams have emerged, and young sci-tech talents have gradually become the main force of scientific research.

When the young generation harbours aspirations, skills and a sense of responsibility, science and technology will have a future and innovation will have hope, noted Xi.