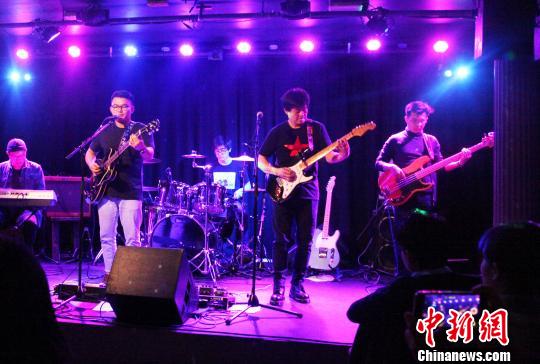 The first public performance of The Back of the Moon on Wednesday, December 5, 2018 at The Water Rats in London. [Photo: Chinanews.com]

Frontman Qinglong and his fellow four band members started the band as a way to embrace their youthful dreams of becoming rock stars. Qinglong, now an entrepreneur and watch collector in Britain, was one of the first generation of Chinese rock musicians in the 1980s and 1990s, and some of his works were popular in China's rock music scene.

The show on Wednesday was their first public performance. Nearly a hundred guests came to enjoy the performance at The Water Rats, the venue where folk and rock heavyweight Bob Dylan first took to the stage in London in 1962.