Britain slammed for report on HK 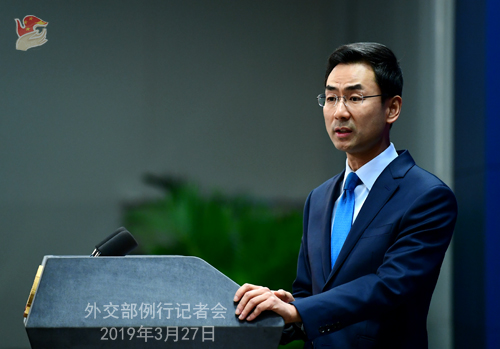 “We urge the UK to face the reality that Hong Kong has returned to China for 22 years, respect China’s sovereignty, stop releasing relevant reports, and stop interfering in Hong Kong’s affairs,” Geng Shuang, spokesperson of the Foreign Ministry, said. It is undeniable that the “one country, two systems” practice has achieved widely acknowledged success, he said. “Hong Kong’s affairs have been entirely China’s internal affairs since July 1, 1997. The British side has no right to make irresponsible remarks or interfere with any excuses,” Geng said.